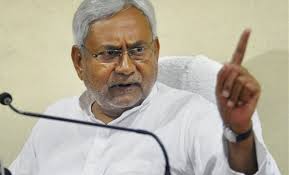 Patna: A Surat textile and real estate businessman, Hanif Hingora, has alleged the involvement of “some Bihar politicians and policemen” in the kidnapping of his son, Mohammed Sohel Hingora, 22, who was later released on reported payment of Rs 25 crore as ransom.
Bihar Chief Minister Nitish Kumar said on Thursday that he has asked the Bihar Police to probe the charges. “I want to know the truth. If there are names, they must be given. The matter will be investigated thoroughly,” he said.
Hingora said he has sent a letter to Kumar revealing the names of those allegedly involved in his son’s abduction. Hingora also met Gujarat Chief Minister Narendra Modi last week and informed him about the suspected involvement of a top political leader from Bihar.
“We have got clues pointing to the involvement of a big political leader of Bihar’s ruling party. We cannot disclose his name at present, but we have told the police,” said Hingora.According to reports, Sohel was abducted from his family’s factory in Daman on October 28. He was taken to Bihar, where he was reportedly kept in a house owned by Assistant Sub-Inspector Nagmani Singh in Chaturpur village, under Naya Gaon police station. in Chhapra district. The Saran police have filed an FIR against Nagmani Singh, who is posted in Giridih, Jharkhand, and his four sons — Ranjeet, Deepak, Sonu and Santosh — charging them with criminal conspiracy and kidnapping.
“My son was kept in a house owned by Nagmani Singh. Six youths, including one Ranjeet Singh and five others armed with pistols, kept guard. Ranjeet’s uncle is a Bihar Police Inspector. His grandfather is a retired police officer who last served as Deputy Superintendent of Police. While being held hostage, Sohel also talked to some Bihar Police officials who visited the house. We are not blaming the entire police force, but some of them are involved in the kidnapping,” said Hingora.
Sources said Hingora, who was called to Bihar to pay the ransom, met some politicians at a hotel in Patna to “seal the ransom deal”. Between November 28-30, he was reportedly made to travel to 40-odd places. Sohel was finally released on November 30, when he was found at a petrol pump between Chhapra and Patna.
While sources said Hingora had paid a ransom of Rs 25 crore, Bihar Police claimed Rs 9 crore was paid as ransom.The Daman Police named seven people in the kidnapping, including brothers Ranjeet and Deepak Singh. While Ranjeet has been arrested, Deepak, said to be the main accused, is on the run.
“Police have recovered a video of Ranjeet’s wedding in Chhapra on November 25, which was attended by some high-profile people. We will study the footage and also search the mobile phone records of Ranjeet and Deepak,” said a police officer.
“We have arrested Ranjeet, who is the son of a police official. We are in contact with the Bihar and Jharkhand Police and will send our team to Bihar to arrest the others accused,” said Daman SP Atul Thakur.
The Daman Police has detained two others, identified as Tanveer and Faizan, allegedly involved in the case. Both are reportedly residents of Jharkhand.Report-Indian Express.