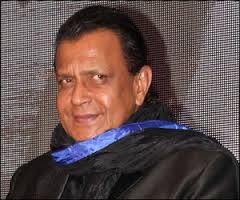 KOLKATA:  To stun her detractors within and without, All India Trinamool Congress’ supreme leader and state Chief Minister Mamata Banerjee announced today in Facebook Post that for five Rajya Sabha seats, her party “will give one seat to Mithun Chakraborty.’’
Political observers here see Banerjee’s move as shrewd one. Technically, on 7th next month when Rajya Sabha elections are held with the given strength, TMC can get through three candidates and if she can split 42 Congress votes, the party can have its fourth candidate through but party insiders said she might go for a candidate for fifth seat to put the CPI(M)-led Left Front in trouble, though which may not succeed.
Chakraborty, a well-known film star, quite popular, can put pressure on both Congress and Left MLAs.
Interestingly, unlike last time, she didn’t so far announce nomination of names of newspaper editors or journalists which landed her and her party in big a trouble, following one of her RS MLA got involved with great financial scandal of a big chit fund company now lost out in huge cheating cases with both a journalist and owner in jail!