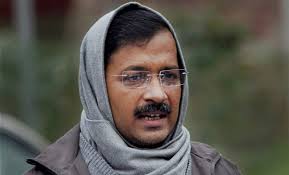 NEW DELHI : The hunt for a suitable residence for Delhi Chief Minister Arvind Kejriwal finally comes to an end with Urban Development Ministry allotting him a three-bedroom house at Tilak Lane in the Lutyen’s zone.
The Directorate of Estates has allotted a ground floor house C-II/23, at Tilak Lane, a type VI house, to Mr Kejriwal, sources said.
The corner house with three bedrooms, drawing, dining, two servant quarters and a common garage near the Patiala House court is spread across about 1,600 square feet area with a lawn and community park nearby.
Delhi Government had made a request for a suitable accommodation in Central Delhi for its Chief Minister.
Though the Delhi government has a few bungalows in its possession at DDU Marg and Shamnath Marg, Mr Kejriwal has preferred for a house in the central Delhi given his Gole Market constituency in the area.
Earlier Mr Kejriwal was allotted two duplex apartments at Bhagwan Dass Road but he declined the accommodation after controversy erupted over it.
The house has been handed over to PWD of Delhi government and now it will be responsible for its maintenance, sources added.

Meanwhile, former Chief Minister Shiela Dikhsit has been asked to vacate the 3 Motilal Nehru Place, a type VIII bungalow. “A letter to this effect was issued on January 10,” they said.