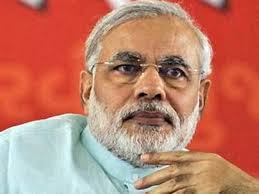 NEW DELHI :  BJP prime ministerial candidate Narendra Modi will be interacting live with people at 1,000 tea shops across 300 Lok Sabha constituencies using internet and DTH technology from February 1 onwards.
Modi will address five to eight street corner meetings called “Chai Pe Charcha with NaMo” a day. This will be managed by Citizens for Accountable Governance (CAG), an NGO led by IIT and IIM grads.
CAG has already tied up with chai shops in 300 cities across India, and local BJP leaders will provide the backup.
After Congress MP Mani Shankar Aiyar told the AICC that Modi will never become PM and may have to sell tea at Congress meetings, the BJP has picked up on this barb and is going to garner support across India using Modi’s humble “chaiwallah” background.
Recently VIP passes were given to nearly 10,000 roadside tea vendors in Mumbai to attend Modi’s rally.