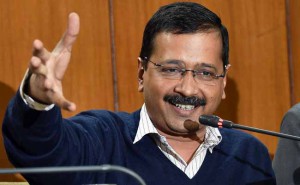 NEW DELHI: Delhi Chief Minister Arvind Kejriwal today said he would not apologise for targeting Finance Minister Arun Jaitley and said he should be “cross-examined” in connection with alleged corruption in the Delhi cricket body.
The BJP has demanded an apology from Mr Kejriwal saying that a report by the Delhi government’s inquiry commission did not name Arun Jaitley, who headed the cricket body for 13 years.
“The truth is out. The report does not name Jaitley. There is no allegation against him, there is no indication (of wrongdoing),” said BJP spokesperson MJ Akbar, demanding a public apology from Mr Kejriwal.
Mr Kejriwal and his Aam Aadmi Party (AAP) allege that Mr Jaitley presided over corruption in the DDCA or Delhi and District Cricket Administration and a CBI raid earlier this month on a Delhi bureaucrat was the cover for an attempt to save the Finance Minister.
AAP said the inquiry commission’s report was not final. It also commented that after earlier rubbishing the commission, the BJP was now considering it a “sacred book”.
The BJP has questioned Mr Kejriwal naming a commission to investigate DDCA on grounds of jurisdiction. AAP has accused the Centre of stalling the commission’s progress through Lieutenant Governor Najeeb Jung, who is the Centre’s representative in Delhi.

Mr Jaitley, who has rubbished AAP’s allegations, has filed a defamation case against Mr Kejriwal and other AAP leaders.