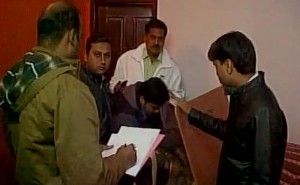 INDORE: Assets worth crores of rupees, including four cars and six homes, have been recovered in raids on a traffic police constable in Madhya Pradesh’s Indore, police said today.
The anti-corruption Lokayukta police started raiding the homes of head constable Arun Singh on Monday morning. By noon they had found documents linked to two plots of 6,000 square feet, a farm house and two flats in Indore.
They also found papers for a 25-acre farm house, two plots of 8,000 square feet and two houses in Rewa, about 700 kilometres from Indore.Four cars, including an SUV, and eight bank accounts have also been discovered, the police said.
The final count, suspected to be around Rs. 5 crores, will be revealed in the evening.The huge hoard of unaccounted wealth is far beyond the legitimate sources of earning of Arun Singh, who is posted in Jabalpur, police said.