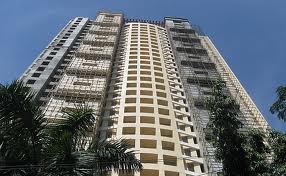 MUMBAI :  The Congress-NCP government on Monday drafted a comprehensive action plan to initiate departmental probe against the 12 bureaucrats allegedly involved in the Adarsh housing society scam.
Chief secretary J S Saharia confirmed that instructions have been given to the principal secretary of the general administration department (GAD), Bhagwan Sahay, to complete the procedure to launch the departmental probe. “After the minutes of the cabinet meeting were confirmed, the entire task was entrusted to the GAD,” Saharia said.
A senior bureaucrat said that show-cause notices will be issued to the 12 bureaucrats and on receipt of their replies, a chargesheet will be issued. After they respond to the chargesheet, all cases will be referred to the special inquiry officer. “We expect the exercise to be completed within six months. Once the officer submits his report, it is up to the CM to take action.”
The bureaucrat said as per rules, no action can be taken against IAS officers four years after their retirement. But in this case, as the judicial commission had made critical observations on the dubious role of
the retired babus, the state will seek legal opinion. The commission had found that the 12 bureaucrats violated the All India Service (Conduct) Rules, while some of them were guilty of quid pro quo.
He said the GAD will issue show-cause notices to Subhash Lala and C S Sangeetrao, who were with the CM’s office, while the urban development (UD) department will issue notices to former civic chief Jairaj Phatak, former principal secretaries of UD department Ramanand Tiwari and T C Benjamin, former MMRDA chiefs Suresh Joshi and T Chandrashekhar, former deputy secretary of UD department P V Deshmukh, and former chief town and country planner Umesh Luktuke, as during the relevant period, they were under this department. In case of former chief secretary D K Sankaran and Mumbai collectors Pradeep Vyas and I A Kundan, the responsibility has been entrusted to the revenue department.
All representations submitted by the 12 babus against the commission will be handed over to the special inquiry officer. “We expect the officer to examine all of them before submitting his report to the state.”
Sankaran had specifically submitted that the judicial commission was biased against him, while Sangeetrao has submitted that before passing critical observations against him, the commission had not given him an opportunity to present his case as per the provisions of the Commission of Inquiry Act.