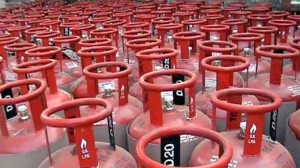 NEW DELHI : M Veerappa Moily on Tuesday said the Cabinet is likely to decide on raising the cap on the number of subsidized cooking gas refills this week, even as the oil minister launched the sale of 5-kg cylinders in the Capital’s petrol pumps.
“After our vice-president Rahul Gandhi said nine cylinders are not enough, I have moved a Cabinet note to increase the quota to 12. I think the Cabinet is likely to consider the proposal this week,” Moily said after launching the sale of 5-kg cooking gas (LPG) cylinders at petrol pumps in the national capital.
Rahul had at Friday’s All India Congress Committee session made a strong pitch for raising the annual cap from nine at present to 12 in a year for each household.
Moily said over 89% of the 15 crore bottled cooking gas consumers use up to nine cylinders in a year and only 10% have to buy the additional requirement at market price. If the quota is raised to 12, about 97% of the consumers would be covered by subsidized supplies.
Increasing the limit to 12 would result in an additional fuel subsidy burden of Rs 3,300-Rs 4,000 crore. The government already incurs about Rs 46,000 crore per annum to subsidies cooking gas. The government had initially capped the supply of subsidized domestic cylinders to six per household annually in September 2012 in a bid to cut its subsidy bill. The quota was raised to nine in January 2013.