NEW DELHI : Senior opener Gautam Gambhir says “had there been an IPL auction today, he would have still gone” for Yuvraj Singh and called him India’s “greatest match-winner” in limited overs cricket.
“I don’t think any cricketer has criticised Yuvraj. It is the media which has attacked him and we need to be careful about what we say. He has been our greatest match-winners in limited overs cricket,” Gambhir said during a promotional event. 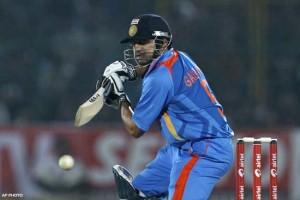 Yuvraj has been castigated by fans for his 21-ball 11 that was one of the primary reasons for India’s World T20 defeat against Sri Lanka, last Sunday.”At the IPL auctions, we were really close to getting him before RCB won the bid. Let me put it this way. Had there been auction today, the Kolkata Knight Riders would have bid for him in the same aggressive manner. Yuvraj according to me is our greatest match-winner till date,” Gambhir, who was the top-scorer in 2007 World T20 said during an event organised by ‘Advanced Hair Studio’.
Asked if the team is becoming overtly dependent on Virat Kohli as it was with Sachin Tendulkar in the early 90’s and Gambhir’s answer was an emphatic no.”That’s never the case. Cricket is a team game and 11 players are out there in the field. The game is won by 11 players and lost by 11 players. It’s not an individual sport,” he said with a lot of conviction.
But if one man scores 77 out of a total of 130, doesn’t it reflect the over-dependence, Gambhir counter-questioned: “How many deliveries do you get in T20 cricket? 120 balls and not 300 deliveries! It is natural that your Nos 1, 2 and 3 will score more than your Nos 4, 5 and 6.”
Virender Sehwag has shown some form in the zonal phase of Syed Mushtaq Ali Trophy T20 and Gambhir was asked as to why he KKR would have gone for Yuvraj and not Sehwag.”Well, it was a part of the strategy and the decision is taken by at least 5-6 people. We wanted Yuvi more and that’s why we bid for him.”
Has anything changed for him that Sehwag is back to opening the batting, he replied, “I don’t think anything has changed for me as I was always opening the batting. I have never had any plans of batting in the middle-order. I started my career as an opener and would like to end as an opener.”
Gambhir had a good zonal leg of Mushtaq Ali T20 Trophy, scoring 162 in five matches with 75 as the highest score. He attributed it to batting on greenish tracks at the Roshanara ground during Ranji Trophy.”Obviously, it was a big advantage playing on tougher wickets and it really helped my batting. When it came to flatter wickets, I was really able to go berserk having prepared myself on the tougher tracks,” the 32-year-old said.
Talking about IPL, Gambhir was all praise for South African speedster Morne Morkel, terming him the “toughest bowler” he has faced in his international career.”Morne is the toughest fast bowler that I have faced. I have also played Dale Steyn, Brett Lee and Shoaib Akhtar but Morne is the best I have faced. If he can bowl according to his potential, along with Sunil Narine, we do have a good chance,” he said.
Since his international debut happened after India stopped playing at Sharjah, Gambhir is excited at the prospect of playing in UAE for the first time.”It’s an exciting opportunity as I have never played in UAE before. Also we would be playing Mumbai Indians in the opening match which is a good thing than playing against them in Mumbai in front of packed crowd.
“It will be a match (IPL opener) where there will be no home advantage or away disadvantage. MI are defending champions and it will be great to get them off first up,” he said.