NEW DELHI : The International Monetary Fund on Tuesday forecast a modest recovery for India with the GDP growth accelerating from 4.6% in FY14 to 5.4% in FY15 and 6.4% in FY16.In its World Economic Outlook for 2014, the IMF presented a mixed trend with a forecast of a modest recovery in the global economy in 2014, even though emerging nations’ growth may not pick up due to deceleration in China, Brazil and Asean. 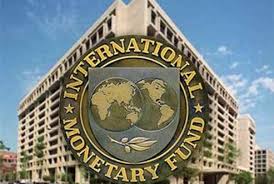 As for India, the Fund advocated a tighter monetary policy and further reduction in fiscal deficit. It stressed the need for continuation of reforms, including fiscal consolidation, cutting of subsidies and rolling out of the Goods and Services Tax, market-based pricing of natural resources and addressing delays in infrastructure projects.
“For India, the real GDP growth is projected to strengthen to 5.4% in (2014-15) and 6.4% in (2015-16), assuming that government efforts to revive investment growth succeed and export growth strengthens after the recent rupee depreciation,” IMF said.
Though IMF’s growth projections for India is faster than most of the major EMEs such as Brazil (1.8%) and Russia (1.3%), it continues to lag China whose growth is projected at 7.5% in 2014 and 7.3% in 2015. (IMF growth forecast for India is on a fiscal year basis. Its calender years for others).
While warning of India’s high inflation, IMF said “further tightening of the monetary stance might be needed for a durable reduction in inflation and inflation expectations.” “Continued fiscal consolidation will be essential to lower macroeconomic imbalances. Policymakers must also concentrate on structural reforms to support investment, which has slowed markedly,” IMF said. For current account deficit of nations such as India and South Africa, IMF said removing supply bottlenecks to strengthen exports are not only good for growth, but also will help improve external positions and allow for more sustained growth.
Overall, however, the IMF outlook remains broadly the same as in the October with global growth projected to strengthen from 3% in the last calendar year to 3.6% in 2014 and then increase further to 3.9% in 2015. Advanced economies are projected to expand by 2.2% in 2014 compared with 1.3% last year while emerging economies will grow by 4.9% this year compared to 4.7% in 2013.
“Global activity strengthened during the second half of 2013 and is expected to improve further in 2014–15.The impulse has come mainly from advanced economies, although their recoveries remain uneven.