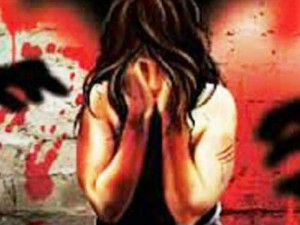 NEW DELHI: A 33-year-old Delhi-based businesswoman was allegedly raped by a man whom she had met over lunch to discuss business dealings at a hotel in Connaught Place area on Friday afternoon.
The police said that the accused was known to the victim as she claimed to have met him a few times earlier in Chandigarh. According to the police, the incident came to light when the woman, who resides in South Delhi’s Defence Colony area and owns a business enterprise, called up the police to report the matter.
“As told by the woman, she met the accused on Friday over lunch to discuss business matters. She said that the man, who is a businessman from Chandigarh, spiked her drink with sedatives and took her to a room in the hotel in the inner circle of Connaught Place, where he forced himself upon her.

The woman said that she called up the police after she gained consciousness but by that time the accused had fled from the spot,? said a senior police official.
“We got a PCR call at around 7:50 p.m. and a PCR van was rushed to the hotel. A CAT ambulance also reached the spot,” he added. Police have registered a case under Section 376 (for rape) of the Indian Penal Code (IPC). They said that the incident is being verified and constant efforts to track the man are being made.