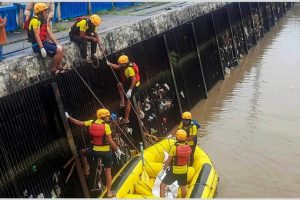 DEHRADOON: Police on early Saturday recovered the body of a female receptionist, allegedly killed by a BJP leader’s son, from the Cheela canal where the accused had dumped her. The development in the case was shared by Uttarakhand Chief Minister Pushkar Singh Dhami in a tweet, who said he was pained by the incident. An SIT led by DIG police P Renuka Devi has been set up to conduct a speedy probe into the killing of the 19-year-old woman.
She was a 19-year-old resident of Srikot in Pauri and worked as a receptionist at Vanantra Resort in Uttarakhand’s Rishikesh. After she went “missing” on September 19, her parents lodged a complaint at a revenue police outpost as they did not find her in her room on Monday morning.

Revenue police Sub-Inspector Vivek Kumar at Ganga Bhogpur Talla allegedly delayed filing a report immediately in the matter and made the her parents wait for two hours and misbehaving with them. Talla has been suspended, officials said.
Uttarakhand is in a state of shock since yesterday after the murder of a 19-year-old girl at a resort owned by a BJP leader’s son came under spotlight. Uttarakhand DGP Ashok Kumar said that the 19-year-old receptionist was being pressured by Pulkit Arya, the resort owner, to provide “special services” to guests. As per reports, the victim had told her friend .
Following widespread outrage over the murder of a young girl allegedly by a senior BJP leader’s son, the party today expelled the father and brother of the accused. BJP leader Vinod Arya and the accused’s brother Ankit Arya, who was also a party member, have been kicked out of the party following the accused Pulkit Arya’s arrest. Vinod Arya served as a chairman of the Uttarakhand Mati Kala Board with a state minister’s rank, while Ankit Arya was the Vice President of the state OBC Commission. Both of them have also been relieved from their posts by the state government.

The Congress on Saturday attacked the BJP after the son of one of its leaders was arrested in the murder case of a woman receptionist at a resort in Uttarakhand, and demanded that Prime Minister Narendra Modi apologise to the nation. Congress spokesperson Supriya Shrinate claimed that whenever an incident of sexual exploitation or rape of a woman comes to the fore, a BJP leader’s name crops up. “After anger increased, some action has been taken but I believe that this is selective action.
Three accused — Pulkit Arya, who owns the resort in Yamkeshwar block, resort manager Saurabh Bhaskar and assistant manager Ankit Gupta – confessed to have killed her. They threw her body into the Cheela canal, Pauri ASP Shekhar Chandra Suyal told news agency PTI. Initially, they tried to mislead police but they confessed to the crime when they were interrogated sternly, he said.
Pulkit Arya, Bhaskar and Gupta were arrested after they confessed to have killed the woman. They have been sent to 14-day judicial custody by Kotdwar court. Vinod Arya was a Minister of State in the previous BJP government headed by Trivendra Singh Rawat.
Meanwhile,  the BJP on Saturday expelled Vinod Arya and Ankit Arya – the father and brother of main accused Pulkit – from the party with immediate effect. Ankit was relieved by the Uttarakhand government from the post of Deputy Chairman of the Uttarakhand Other Backward Classes (OBC) Commission. Uttarakhand Chief Minister Pushkar Singh Dhami described the incident as “extremely sad and unfortunate”, and said those responsible would be given “strict punishment”. “The police are doing their work and justice to the victim will be ensured,” he said.
(Bureau Report with Agency Inputs).