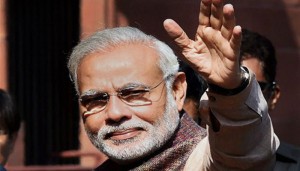 DELHI: Prime Minister Narendra Modi today ordered strong action against “rising crime and vandalism in Delhi” after a break-in at a convent school in Vasant Vihar in the city’s south.The incident at the Holy Child Auxilium School last night comes after a series of cases of vandalism at churches, which have been described as thefts by the police, an explanation dismissed by the opposition and Christian community leaders.
The police and the school say it is a case of theft. A CCTV camera  was broken and around Rs. 12,000 was stolen from the principal’s office and from donation boxes, said Delhi police chief BS Bassi, who was summoned by PM Modi..
The prime minister asked Mr Bassi to “speedily investigate incidents of vandalism and ensure that the guilty are brought to book,” said a statement from his office.
PM Modi also spoke on the phone to new Home Secretary LC Goyal and asked him to pay “special attention to rising incidents of crime and vandalism and to work towards ensuring the safety and security of women in the capital.”Arvind Kejriwal, Delhi’s chief minister-designate, condemned the incident and tweeted that such acts “will not be tolerated.”
This morning, all students were sent home and a notice at the school gates said, “No classes will be conducted today.” Education Minister Smriti Irani, who studied in this school, visited it this afternoon.The school’s principal Lucy John said, “To us, it is not a case of vandalism but theft. No religious item was stolen,” she said.
Political and religious groups have, however, drawn a connection to church attacks; there have been five since December.Father Dominic Emmanuel, spokesperson of the Delhi Archdiocese, said, “Certain people came at night, broke the CCTV camera, went into the principal’s room and ransacked it. Christians are being targeted.”
After protests by Christian groups, the government had tightened security around churches and other religious institutions.