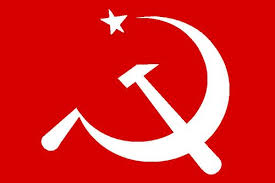 KOLKATA: Two successive crush ups in Assembly and Lok Sabha elections, the Left Front big brother CPI(M) begins the rituals of political retreat with rejecting the proposed next Party Congress in Bengal and softening up on other Left parties, which it considered untouchable a few years back!

If Liberation happens to be a Left party of old Naxalites, the more prominent happens to the SUCI which maintained its small Left identity by opposing CPI(M)’s show off of regressive power and `bad education policy,’ said an old CPI(M)  whole-timer.

“Our weakling leaders have failed to pick up the real clue to political revival by failing to identify the real enemy, the socio-cultural spin-offs of UPA prime minister Manmohan Singh triggered economic reforms and change in middle-class and TV watching rural people,’’ he said.

A top CPI leader also seems to agree: “And these trends got only strengthened because of equally bad CPI(M)’s education policy which created a huge population of drop-outs, illiterates who are now used by Trinamool Congress for political their consolidation without any real gain for Bengal.’’

Incidentally, it is difficult to disagree with this “crude but true political assessments, though it would hurt many of these leaders,’’ admitted a prominent RSP leader who feels “interestingly retreat begins when they should have taken new anti-people policies and conditions to emerge as India’s New Left.’’