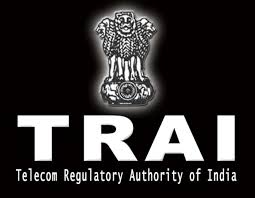 NEW DELHI : Aiming to maintain plurality of news and views, the Telecom Regulatory Authority of India (Trai) on Tuesday recommended restriction on political bodies and corporates entering the television and newspaper business.
To maintain highest editorial independence and curb illegal practices like paid news and private treaties in media, the broadcast regulator suggested setting up of a single independent media regulatory authority comprising eminent non-media persons for TV and print media. “On grounds of the inherent conflict of interest, the authority recommends that ownership restrictions on corporates entering the media should be seriously considered by the government and the regulator,” it pointed out.
Trai also said that entities such as political and religious bodies, urban, local, panchayati raj, and other publicly funded bodies, as well as Central and state government ministries, departments, companies, undertakings, joint ventures, and government-funded entities and affiliates be barred from entry into broadcasting and TV channel distribution sectors.
If any such bodies have already been given permission to set up media organisations, Trai said that an exit route option should be provided. In its recommendations on issues relating to media ownership, the regulator said the genre of news and current affairs is of utmost importance and has direct relevance to the plurality and diversity of viewpoints. Hence, it should be considered as a relevant genre in the product market for formulating cross-media ownership rules.As for restrictions on corporates entering the media, it said: “This may entail restricting the amount of equity holding/loans by a corporate in a media company, namely, to comply with control provisions.”