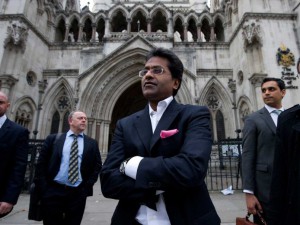 NEW DELHI : Rajasthan Cricket Association has removed former IPL commissioner Lalit Modi as its president in a bid to end its stand-off with BCCI.The resolution to impeach Modi was passed after 23 of the 33 districts voted against the former BCCI vice-president. Vice-president Amin Pathan will take over as acting president. Three of Modi’s supporters have also been removed.
Modi has hit back at his removal, saying the meeting was illegal because a 21-day mandatory notice period was not given. He has also ‘suspended’ acting president Pathan. Modi has alleged that 23 units on Saturday, had in fact, voted for him and not against. He also claims to enjoy the confidence of the RCA.
Earlier in December 2013, Modi had won a court-supervised election with 29 out of 33 units voting in his favour.There are several reasons why Modi was dumped despite a thumping victory. For starters, the Rajasthan cricket team was being kept out of all of BCCI’s domestic matches. At one stage, it looked like the team would have to sit out of the Ranji Trophy this season.
Besides, RCA was not getting funds (about Rs 29 crore) from BCCI to run its cricketing  affairs. Further, there was no sign of the legal tussle between Modi and BCCI resolving. The RCA will now submit its resolution voting Modi out to BCCI.
Subsequently in May 2014, after Modi was declared as the president of the RCA in Jaipur, the Board of Control for Cricket in India had decided to indefinitely suspend RCA and appoint an ad-hoc body to run its cricket affairs
Meanwhile Modi’s lawyer and deputy president of the Rajasthan Cricket Association Mehmood Abdi claimed that the meeting was ‘completely illegal.’ He went on to say that there was no question of Modi being removed because the majority was still on their side.
Abdi also alleged that this was being done by BCCI’s president-in-exile N. Srinivasan.”Let these disgruntled elements do whatever they want, nothing will happen,” he told Reporters.The lawyer announced that he will hold a press conference in Jaipur on Sunday to clarify the matter.