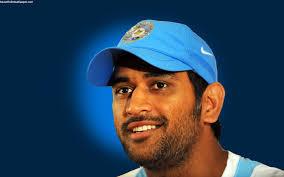 MUMBAI: It wouldn’t be wrong to call Mahendra Singh Dhoni a Chennaiite despite him hailing from Ranchi. India’s limited-overs captain is mostly referred to as a Chennaiite, thanks to being part of Chennai Super Kings (CSK) in the first eight seasons of the Indian Premier League (IPL).

Come Saturday night, it will be the first time that the Indian skipper won’t be donning the famous yellow jersey. At the Wankhede stadium, he will be wearing purple – for his new team, Rising Pune Supergiants (RPSG). RPSG will lock horns with hosts and defending champions Mumbai Indians.

Dhoni’s ‘shift in loyalty’ follows the suspension of CSK and Rajasthan Royals by the Supreme Court-appointed RM Lodha Panel for two years over spot-fixing.

Dhoni’s association with Chennai is not just restricted to CSK. He is also a vice-president of former BCCI president N Srinivasan’s Chennai-based cement company India Cements, apart from being the co-owner of Indian Super League team Chennaiyin FC, along with Abhishek Bachchan.

“I would be lying if I say I have moved on,” Dhoni, who was acquired by RPSG for $1.9 million, had said in Delhi not long ago. “That is the special part of being a human being. There has got to be an emotional connect after eight years (with CSK). After eight years of IPL, it feels very different to play for any other team.
“All of a sudden if you want me to say that I am very excited to play for a new team, don’t give credit to CSK and the fans for the love and affection they have given us, it will be wrong. But as a professional, I would like to thank the Pune team for taking me. Of course, there will be added responsibility as captain, but as a professional, we are supposed to do the job with more than 100% commitment. And that is what we will try to do.”
For the time being, it’s not ‘Whistle Podu’, but making a loud noise for Dhoni’s Rising Pune Supergiants.