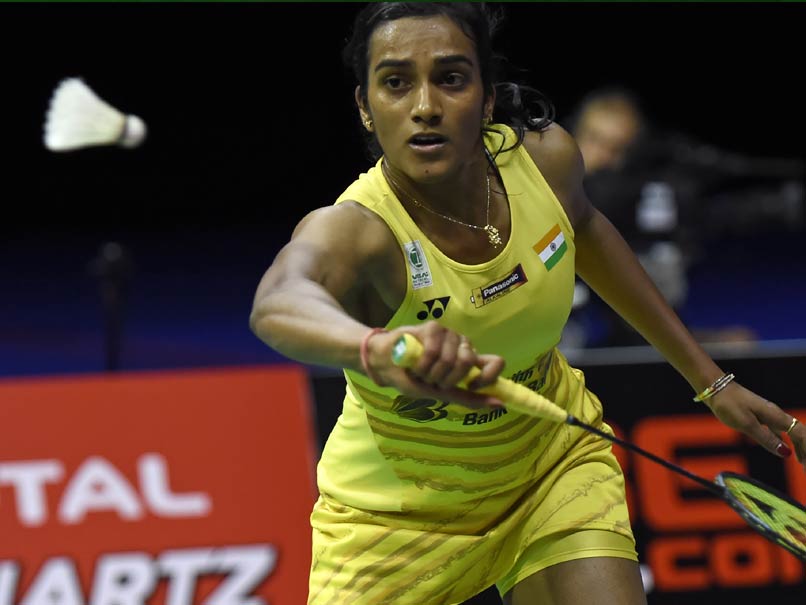 NEW DELHI : It was so near yet so far for PV Sindhu. The Indian ace fought back to force a decider against Nozomi Okuhara of Japan in the women’s singles final of the BWF World Championships on Sunday in Glasgow. The two first-time finalists engaged in one of the best matches of the tournament and produced a thrilling encounter. Okuhara won the match 21-19, 20-22, 22-20 in 1 hour 50 minutes. It’s also the longest match of the tournament.
Sindhu went down fighting against Nozomi Okuhara of Japan in a match that swung like a pendulum in the World Badminton Championship final on Sunday. Sindhu, having lost the first game 19-21, came back brilliantly in the second game, winning it 22-20 before going down in the final game 20-22. Sindhu’s gallant effort to become India’s first ever World Champion ended in a heart-wrenching defeat against her Japanese opponent.
In a thrilling final, which tested the physical and mental strength of both the players, Sindhu lost 19-21, 22-20, 20-22 after battling hard for one hour and 49 minutes. Their bodies falling apart as the match progressed but both Sindhu and Okuhara used every ounce of energy left with them to make it an epic contest.
After closing the second game by winning an incredible 73-shot rally, Sindhu saved one championship point in the decider but it was the Japanese who had the last laugh. Nevertheless, Sindhu fought like a true champion and kept her promise that she would strive to change the colour of her medal, having won two bronze from past editions. Although she would have hoped for a gold, which no Indian has even won at the World Championship.
For India, it still was a historic edition since for the first time country’s shuttler are returning with two medals. Saina Nehwal had won a bronze on Saturday after losing her semifinal. India had one silver and four bronze in the World Championships before this edition. Prakash Padukone was the first Indian to win a medal when he took a bronze in the men’s singles in 1983 before the women’s doubles pair of Jwala Gutta and Ashwini Ponnappa bagged another bronze in 2011.
Rio Olympic silver medallist Sindhu came into the match with a 3-all head-to-head record against Okuhara. But the Indian had an upper hand in their last two meetings — Rio Olympics and 2017 Singapore Open.Sindhu, seeded fourth, was a little sluggish to start with and was 3-5 at one point but she managed to reel off eight points on the trot to grab an 11-5 lead at the break.

The Indian used her height to good use, retrieving the shuttles quickly and started using her cross court returns to trouble the Japanese. Sindhu showed good anticipation and used deception well to move to a 13-8 lead but the pint-sized Japanese changed gears and started dictating the rallies. She first clawed back to 14-14 when Sindhu faltered with her return serve before grabbing the lead.

Okuhara continued to move ahead, reaching 18-14 after winning 10 of the 13 points after the interval. However, the Japanese committed a few unforced errors, which helped Sindhu to level par at 19-19.Sindhu, then sent one to the net to hand over the game point to Okuhara, who pocketed the opening game when the Indian hit long.
After the change of side, Okuhara struggled to control her lifts and also miscued a few shots as Sindhu led 5-1 when her rival’s smash found the net. Sindhu made some sound judgements at the baseline and tried to be patient on the court to extend the lead to 9-3. However, Sindhu failed to reach for a low forehand return at forecourt and sent the shuttle wide thrice as Okuhara reached 7-9 before unleashing a down the line smash.
A net error stopped Okuhara’s run as Sindhu eventually held a 11-8 lead at the interval when her rival again went wide.At 15-13, another exceptional rally unfolded with Sindhu making the Japanese run to the deep corners and even though Okuhara made some remarkable retrieves she miscued a shot at the forecourt as Sindhu led 16-13.
Okuhara brought more power to her smashes to breach Sindhu’s defence and created acute angles with her wrist to reduce the margin to 16-17. Two backhand returns and a block at the net helped Sindhu move to 18-16. An extraordinary net return gave her another point and she grabbed the game point when Okuhara went long.
Not ready to give up, Okuhara fell back on her extraordinary net game to save three game points. Sindhu then won a point by pushing the shuttle at the back of the court. What ensued next was a 73-shot long and exhausting rally which Sindhu managed to win when Okuhara’s return found the net and she collapsed on the ground, drained completely.
In the decider, Okuhara opened up a 5-1 lead early on as Sindhu looked a tad exhausted but some clever returns near the net helped the Indian claw back at 5-5. The momentum shifted again in Indian’s favour as she started dominating the rallies and reached the break at 11-9 when Okuhara hit wide.

After the change of sides, Okuhara erased the deficit with a backhand body smash and a forehand return. Sindhu won another long rally with an onrushing smash but she lost her second video referral as Okuhara led 13-12. They moved neck and neck till 17-17 before the Indian grabbed a 19-17 lead when Okuhara hit wide. The Japanese produced a perfect cross court reverse slice and then unleashed another cross court smash to once again level par.
A net error from Sindhu handed a match point to Okuhara but the Indian saved it after winning another long rally, following a bad leave at the baseline by Okuhara. The Japanese grabbed the match point again when Sindhu found the net and she used it this time with a perfect return on Sindhu’s backhand to become the first shuttler from her country to win the World Championship.
(With PTI Inputs)