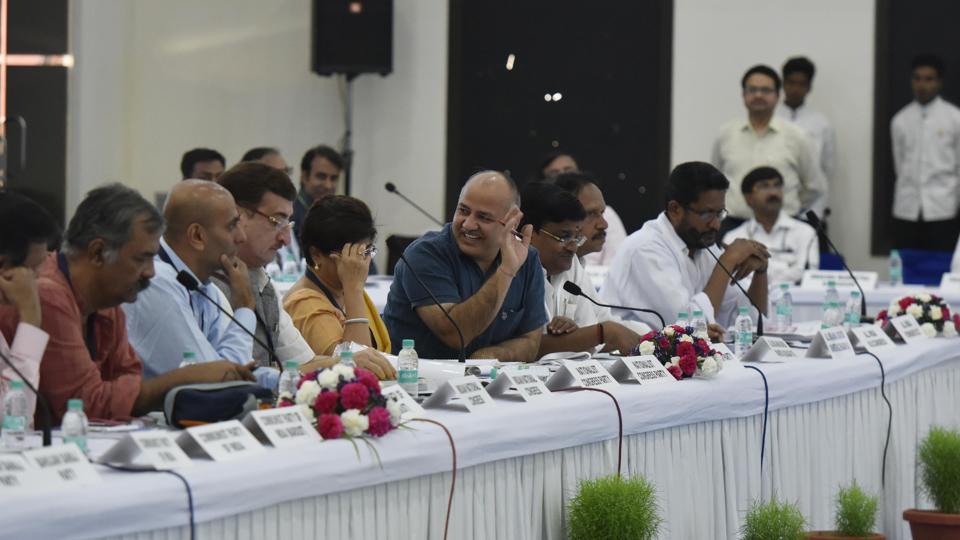 NEW DELHI : The Election Commission on Friday said that it will offer all political parties an opportunity to prove that the electronic voting machines (EVMs) used in the recent assembly elections were tampered with.This was announced by the Chief Election Commissioner Nasim Zaidi at an all-party meet held here on Friday.
The Commission had convened the meeting to discuss the reliability of the EVMs following hacking allegations by some parties.”Will offer the opportunity to political parties to demonstrate EVMs used in recent elections have been tampered, or EVMs can be tampered even with laid down safeguards,” Chief Election Commissioner Nasim Zaidi said, adding “all future elections will be held on VVPAT (Voter-Verified Paper Audit Trail).
The AAP, which has been leading the opposition charge on this issue, claimed that its proposal of holding a ‘hackathon’ has been “rejected”.Delhi Deputy CM Manish Sisodia, who attended the meeting, said the EC will only throw a challenge asking parties to prove the EVMs were tampered with. However, there was no official word from the EC on his claims so far.

AAP MLA Saurabh Bhardwaj told reporters on the sidelines of the meeting that EC shared nothing new so far towards alleviating the fears of the parties.Other parties like the CPI, RJD and RLD have also raised various issues related to the electoral process.”The whole issue is about the ethos and integrity of the election process. Why are advanced countries in the west not using EVMs?” CPI national secretary Atul Anjan asked.
RJD spokesperson Manoj Jha said by harping on the infallibility of EVMs, the EC was acting as the custodian of just the “instruments” and not the process as a whole.The day-long meeting, which started with the opening remarks of Chief Election Commission Nasim Zaidi, was expected to seek views of political parties on the proposed challenge it plans to throw to hack its EVMs.
The date of the proposed challenge would be decided after the all-party meeting.All the seven national and 35 of the 48 state recognised political parties are attending the meeting.A detailed presentation on electronic voting machines’ security features will be made by the EC top brass to prove that the machines are tamper-proof — a fear raised by the opposition parties.

Several parties, including AAP, BSP and Congress had blamed tampered machines for the victory of BJP in the recently-held Assembly polls.The Election Commission, however, assured all political parties that EVMs were secured and could not be tampered with.”After the CEC`s address experts from IITs also sought to clarify doubts that many political parties have about the reliability of the EVMs.

Meanwhile, BJP legislator from Rajouri Garden Manjinder Singh Sirsa said: “The EC today informed in detail about the security features of the EVMs and asserted that they cannot be tampered with at all.””So far there have been 37 cases in various courts regarding EVM tampering. The judgements in 30 of those cases have come and all 30 have been in favour of the EVMs being tamper proof,” the Bharatiya Janata Party (BJP) leader said.
(With agency inputs)