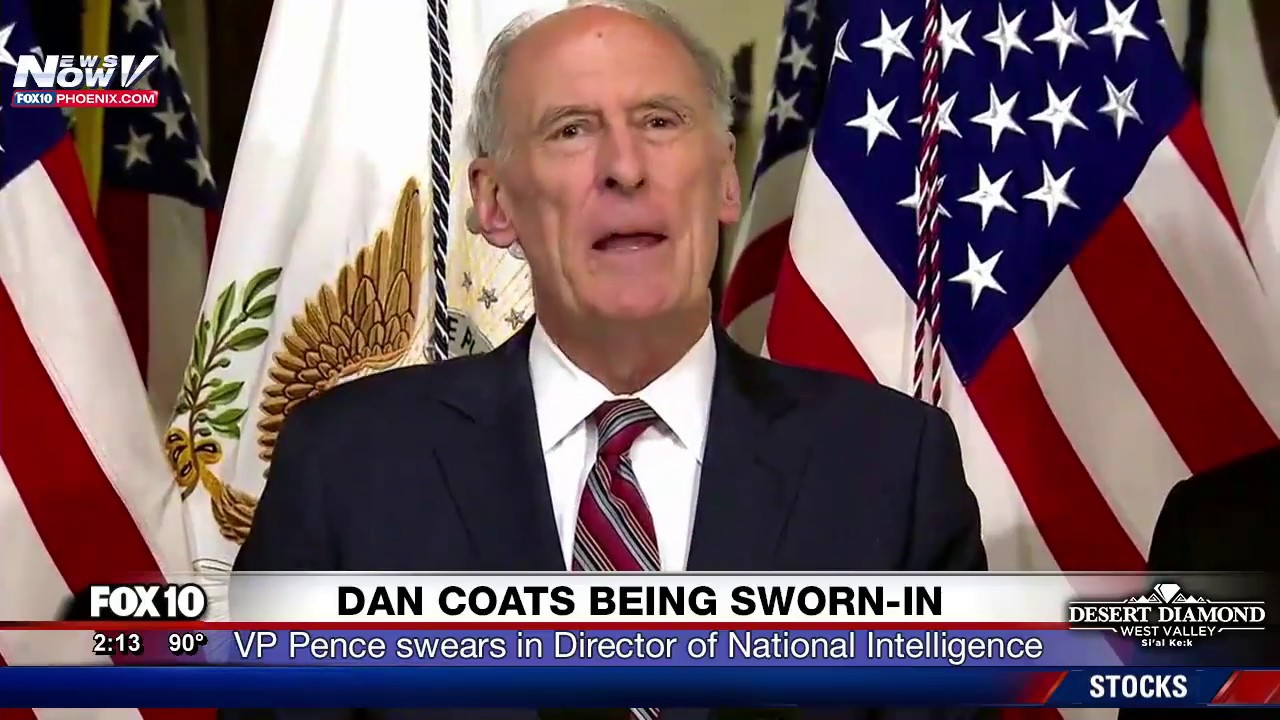 NEW DELHI : Ties between the United States and Pakistan will deteriorate if another high-profile terror attack takes place in India and the easing of tension will depend on “a sharp and sustained reduction of cross-border attacks by terrorist groups based in Pakistan and progress in the Pathankot investigation,” according to a U.S.
Daniel R. Coats, Director of National Intelligence, told the U.S. Senate intelligence committee during a hearing on worldwide threat assessment that New Delhi’s growing intolerance to Islamabad’s “failure to curb support to anti-India militants” led to a deterioration in bilateral ties in 2016 and this could worsen in the current year.
The US intelligence chief has warned slamming Islamabad for its failure to curb anti-India militants. New Delhi attributes to originating in or receiving assistance from Pakistan,” IANS quoted US National Intelligence Director Daniel R. Coats as saying during a Congressional hearing on Thursday.

While presenting the intelligence community’s 2017 assessment of threats to US national security, Coats said that he sought progress into the 2016 Pathankot attack probe from Pakistan.”Islamabad’s failure to curb support to anti-India militants and New Delhi’s growing intolerance of this policy, coupled with a perceived lack of progress in Pakistan’s investigations into the January 2016 Pathankot cross-border attack, set the stage for a deterioration of bilateral relations in 2016,” he said.

On January 2 last year, Jaish-e-Mohamed militants attacked the Indian airbase in Pathankot and killed seven security personnel.Coats said easing of heightened Indo-Pakistani tension, including negotiations to renew official dialogue, will hinge in 2017 on a sharp and sustained reduction of cross-border attacks by terrorist groups based in Pakistan and progress in Pathankot air base attack investigation.

Testifying before the Senate Select Committee on Intelligence along with key intelligence officials, Coats said that New Delhi-Islamabad relations remain tense following two major terrorist attacks in 2016 by militants crossing into India from Pakistan.”Increasing numbers of firefights along the Line of Control (LoC), including the use of artillery and mortars, might exacerbate the risk of unintended escalation between these nuclear-armed neighbours,” he added.
On Pakistan`s pursuit of tactical nuclear weapons, Coats said it “potentially lowers the threshold for their use”.Islamabad has developed short range tactical nuclear missiles to counter India`s Cold Start doctrine.According to the statement, the smaller and more mobile nuclear weapons were more prone to falling in the hands of non-state actors during any crisis situation as they would be outside the relative security of a storage site.
Coats said that Pakistan-based terrorist groups present a sustained threat to US interests in the region and continue to plan and conduct attacks in India and Afghanistan.”The threat to the US and the West from Pakistani-based terrorist groups will be persistent but diffuse. Plotting against the US homeland will be conducted on a more opportunistic basis or driven by individual members within these groups,” he said.
Noting that Pakistan will probably be able to manage its internal security, Coats said anti-Pakistan groups will probably focus more on soft targets.”The groups we judge will pose the greatest threat to Pakistan`s internal security include Tehrik-e Taliban Pakistan, Jamaat ul-Ahrar, Al Qaeda in the Indian Subcontinent, ISIS-K, Laskhar-e-Jhangvi, and Lashkar-e Jhangvi al-Alami,” he said.

Coats said that the emerging China Pakistan Economic Corridor (CPEC) will probably offer militants and terrorists additional targets.Talking about Afghanistan, Coats in his statement said: “The overall situation in Afghanistan will very likely continue to deteriorate, even if international support is sustained.”
“Endemic state weaknesses, the government`s political fragility, deficiencies of the Afghan National Security Forces (ANSF), Taliban persistence and regional interference will remain key impediments to improvement,” he said. Coats expected Taliban to make gains in 2017 and worsening of the ANSF “due to a combination of Taliban operations, ANSF combat casualties, desertions, poor logistics support, and weak leadership.”
According to the American assessment. “Increasing numbers of fire-fights along the Line of Control, including the use of artillery and mortars, might exacerbate the risk of unintended escalation between these nuclear-armed neighbours,” he said.
The assessment of the global security situation under the Donald Trump administration echoes a concern that dominated the previous Obama administration’s south Asia policy — the risk of Islamist terrorists laying their hand on Pakistan’s nuclear arsenal.

“Pakistan’s pursuit of tactical nuclear weapons potentially lowers the threshold for their use. Early deployment during a crisis of smaller, more mobile nuclear weapons would increase the amount of time that systems would be outside the relative security of a storage site, increasing the risk that a coordinated attack by non-state actors might succeed in capturing a complete nuclear weapons,” Mr. Coats told the committee.
India’s military doctrine of cold start that aims to launch low intensity operation into Pakistan, and Pakistan’s declared willingness to respond with tactical nuclear weapons have been under scrutiny of American security strategists for a while. Mr. Obama made a mention of it at his address to the Nuclear Security Summit last year. Officials of the Trump administration have inherited that view of South Asia.

Meanwhile, the U.S. Department of Treasury blacklisted three persons and an organisation based in Pakistan for supporting terrorists. A statement by the department said Hayat Ullah Ghulam Muhammad (Haji Hayatullah), Ali Muhammad Abu Turab (Abu Turab), Inayat ur Rahman, and a purported charity managed by Inayat ur Rahman, the Welfare and Development Organization of Jamaat-ud-Dawah for Qur’an and Sunnah, were supporting the Taliban, al-Qaeda, Lashkar-e-Tayyiba (LT), the Islamic State, and ISIS – Khorasan.
“These sanctions seek to disrupt the financial support networks of terrorists based in Pakistan who have provided support to the Taliban, al-Qaeda, ISIS, and LT for recruitment and funding of suicide bombers and other violent insurgent operations,” said the department’s Office of Foreign Assets Control Director John E. Smith.
(With Agencies inputs).