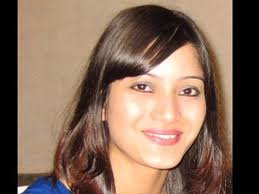 NEW DELHI: In the Sheena Bora murder, a central forensic team has confirmed that the remains found in a forest near Mumbai are of the 24-year-old who was murdered allegedly by her mother Indrani Mukerjea and two others.
Tests have also confirmed that Ms Bora was strangled.Indrani Mukerjea has been in a Mumbai jail since her arrest in August, days after her daughter’s remains were found in the Raigad forest 80 km from Mumbai.
The Mumbai police had in September said DNA tests proved that the remains, a skull and bone pieces, were of Ms Bora.The case has since been handed over to the CBI, which asked for forensic tests by AIIMS or the All India Institute of Medical Sciences in Delhi.

Sources say that three tests were done. In a DNA test, Indrani Mukerjea’s blood sample matched with protein extract from Ms Bora’s bone. 3D imaging provided conclusive proof.
Another test proved that Ms Bora was around five feet three inches tall, and the “possible or probable cause of death” is strangling, sources said.
Ms Bora was last seen alive in April 2012.On August 28, the police exhumed the remains of a body after a tip-off from Indrani Mukerjea’s driver, who was allegedly involved in the murder and who had been arrested for a different crime.
The police claim Ms Mukerjea, her ex-husband Sanjeev Khanna and her driver strangled Ms Bora, and then kept her body overnight at the home she shares with her husband, TV tycoon Peter Mukerjea, before driving it to Raigad the next morning where it was set on fire.

Indrani Mukerjea told friends and family that Sheena Bora, whom she had introduced to the world as her younger sister, had left for the US.The Mumbai police suspect that Ms Mukerjea, 43, was locked in a bitter financial dispute with Ms Bora at the time of her death.