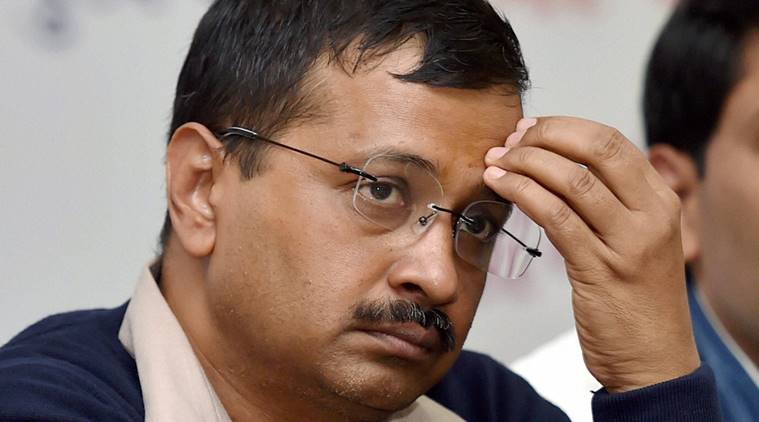 NEW DELHI : Delhi’s Anti-Corruption Branch has registered a first information report or FIR against a company owned by Chief Minister Arvind Kejriwal’s brother-in-law Surender Kumar Bansal, over alleged irregularities in civic works in the capital. Mr Bansal, the brother of Mr Kejriwal’s wife, died of a brain stroke on Monday.
Separate FIRs with charges of forgery and cheating against Mr Bansal’s construction company and two others have been filed on the complaint of an activist Rahul Sharma, who runs an NGO, the Roads Anti-Corruption Organisation, said Mukesh Kumar Meena, chief of the Anti Courruption Branch or ACB. Mr Sharma has accused Mr Bansal of swindling the Delhi government, alleging irregularities in the grant of contracts for roads and sewer lines in the capital by the Public Works Department (PWD) after the Aam Aadmi Party swept into power in 2015.
Rahul Sharma has in his complaint also alleged that Chief Minister Kejriwal and PWD minister Satyendra Jain misused their offices to grant contracts to Mr Bansal, but the two leaders have not been named in the FIR, Mr Meena said.
The Roads Anti-Corruption Organisation, which claims to monitor civic projects, has alleged that Mr Bansal, helped by Mr Kejriwal, manipulated bids to win a contract for the construction of drains near a national highway, and that while the work was not completed, bills and invoices sent by Mr Bansal were cleared by the government.
Investigations, Mr Meena said on Tuesday, have revealed that fake bills were attached for materials that were not supplied and that some of the bills were of companies that do not exist or supply those materials. He said further investigations will focus on whether PWD officers were involved.

Mr Sharma went to court with his allegations several months ago and the Delhi Police was directed to investigate the charges. It had so far not filed a formal complaint, saying it was examining documents linked to Mr Bansal. It had also sent notices to the PWD asking it to share details of the contract.

The FIRs were filed a day after Kapil Mishra, sacked as minister by Mr Kejriwal and later suspended from AAP, met Mr Meena to make allegations of corruption against Mr Kejriwal. Mr Mishra has, among other things, alleged that minister Satyendra Jain helped Mr Bansal with a 50-crore deal. Mr Mishra, who was Delhi’s water supply minister, has also submitted to the ACB documents related to the what is called the water tanker scam, alleging that Mr Kejriwal delayed an investigation against former chief minister Sheila Dikshit.
AAP has lashed out at Mr Mishra for naming Mr Bansal. “Have some humanity. Not even two hours after the cremation, allegations are being made against the person,” said Deputy Chief Minister Manish Sisodia.
(With PTI inputs)