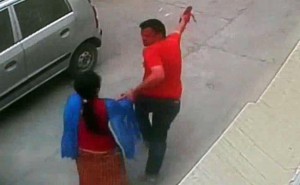 CHANDIGRAH: In a shocking incident, a 24-year-old dalit woman in Punjab was kidnapped from her office in broad day light and was then raped.The horrifying incident took place in Muktsar in Punjab on March 25.
A man can be seen dragging the women out of her office in a CCTV video footage, captured from a shop adjacent to the office.Meanwhile, police have arrested one person and two are still said to be at large.
According to a tv Channel ,the First Information Report (FIR) was registered only five days after the incident. Report also say that the no person came forward to help the victim.A report citing police claims that the woman knew one of the accused and they belonged to the same village.
The young Dalit woman and her family has approached the National Commission for Scheduled Castes and Scheduled Tribes for help. The Commission has summoned the police officials seeking details of the probe into the incident, reported news18.com.