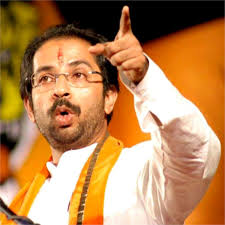 MUMBAI: As per reports, the decision to contest all seats was taken at a meeting Friday night.The two parties had decided to part ways on Thursday, after failing to agree on the seat-sharing formula.
The Shiv Sena was adamant on contesting 151 seats, while leaving 130 for the BJP and seven for the smaller allies. However, the smaller parties made it clear that they would not accept less than 14 seats, after climbing down from their earlier demand of 18 seats.
The BJP decided to go it alone after Sena refused to give up any more seats.The Shiv Sena is likely to project party chief Uddhav Thackeray as its chief ministerial candidate. Uddhav had recently said that he will not let down the people of Maharashtra if given a chance to serve them, amply making clear his CM ambitions.