KOLKATA: / DHAKA: Even as Indian `secular political’ parties begin their marketing minority votes in the Indian elections, an Islamic party in Bangladesh leaves a real `secular message’ for their Indian counterparts!Speaking to Newstrack, Zaker Party’s spokesperson from Dhaka said: “Though we are an Islamic party, but we do not stand for any state patronage on the basis of any religion. 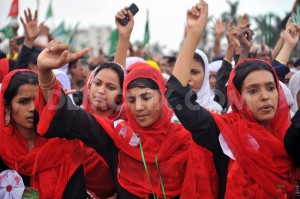 “Religion is for individuals but state is for all so all governmental benefits should go according to section of people’s socio-economic status.’’The Zaker Party, now in alliance with the Awami League politically, told Newstrack rather boldly that “If we were there during India’s freedom movement, we as an Islamic party would have opposed Partition of India – a British plot – all secular Indians whether a Hindu or Muslim should have opposed by all means.
“We’re certain that Islam is a secular party which doesn’t believe in imposing it on any non-Islamic social groups and believe in equal religious rights for all people,’’ he told Newstrack. 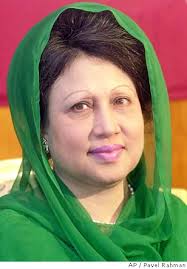 Incidentally, acting as political pressure group, Zaker Party since 1989 (its coming into being), consistently opposed pro-Pakistani Jammat’s anti-Hindu stand and their several measures which they executed to persecute non-Islamic social groups. It incidentally also opposed BNP leader Khaleda Zia’s political appeasement of Jammat in Bangladesh.
After Bangladesh was born out of everyone’s dedicated struggle in 1971, “we have been telling people that the new nation belongs to all whether he/she is a Muslim or Hindu, we may not have always been listened to, but we never gave up as we believe as a secular religion Islam without promoting any fundamentalism doesn’t intervene in doling out socio-economic justice to anyone,’’ the party spokesperson told Newstrack.
Though the party declined to comment on any Indian political party’s attempt to market minority votes during the on going election, but spokesperson agreed “this isn’t the right way of doling out real socio-economic justice to any religious community in any nation.’’