NEW DELHI: Smack in the middle of the national election, the telecom scam has flared up again for the DMK, whose top leaders are accused of orchestrating one of India’s biggest swindles.Party leaders A Raja and M Kanimozhi have been charge-sheeted for money-laundering by the Enforcement Directorate. So has Dayalu Ammal, 84, who is Kanizmohi’s step-mother.  The new case against her will be read by the DMK as the latest consequence of its estrangement from the ruling Congress.
Tamil Nadu voted yesterday for all its 39 parliamentary seats. 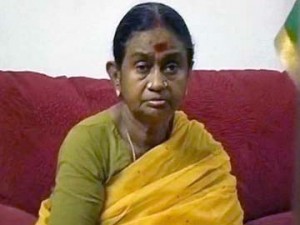 Kanimozhi is the daughter of DMK chief M Karunanidhi and a Rajya Sabha member. Like Mr Raja, she was jailed for several months in connection with the telecom scam. The CBI, which is investigating the telecom scam, has listed serious criminal charges against Kanimozhi and Mr Raja, but it named Dayalu Ammal, as a witness. Today’s case by the Enforcement Directorate brings her back to the centre of the inquiry.
Till a year ago, the DMK was a member of the PM’s coalition government, which is anchored by the Congress. For this election, Mr Karunanidhi chose not to partner with the Congress in Tamil Nadu. In his campaign, he has accused the Congress of using the telecom scam and the CBI as a punitive measure for the DMK’s exit from the union government.
The CBI says that in 2008, Mr Raja, as Telecom Minister, accepted kickbacks from companies who he pushed to the head of a long line of applicants for mobile network licenses. Prosecutors say that one of those bribes – worth nearly 200 crores – was routed to Mr Raja through a TV channel co-owned by  Kanimozhi and her step-mother. Today’s case relates to that kickback, which was allegedly paid by Swan Telecom; its promoter, Shahid Balwa, is included in the charge-sheet.
All DMK leaders have denied any wrongdoing. Dayalu Ammal has told the CBI that she does not understand English and was unaware of and uninvolved in the management of the TV channel which allegedly served as the docking spot for the large kickback.