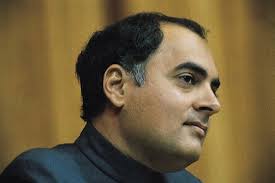 CHENNAI: With an eye on the upcoming Tamil Nadu Assembly Elections, J Jayalalithaa-led government has decided to remit sentences of convicts in the Rajiv Gandhi assassination case and release them.
The AIADMK government today sought Centre’s response in seeking release of the former prime minister’s assassins.In a letter to Union Home Secretary Rajiv Mehrishi today, Tamil Nadu Chief Secretary K Gnanadesikan said the state government has received petitions from the seven convicts requesting it to release them as they had spent more than 20 years in prison. 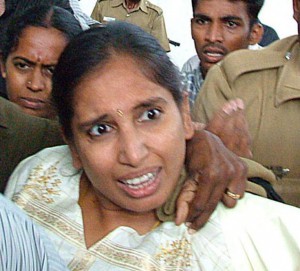 “Nalini has also filed a writ plea in Madras High Court requesting the government of Tamil Nadu to release her,” he said.”The Government of Tamil Nadu after taking into consideration the petitions of the seven convicts has decided to remit the sentences of life imprisonment and to release the seven persons since all of them have already served imprisonment for 24 years,” he said.

However, the matter soon went to the Supreme Court and is pending there, with the Central government questioning the states powers to grant remission to them on specific grounds.
Rajiv Gandhi and 14 others were killed on May 21, 1991 when a suicide bomber blew herself up at an election campaign rally in Sriperumbudur, near Chennai.
Nalini was sentenced to death by a special court for her involvement in Gandhi’s assassination at Sriperumbudur near Chennai on May 21, 1991.The sentence was commuted to life imprisonment after Sonia Gandhi, the former prime minister’s widow, petitioned for clemency — for the sake of Nalini’s daughter.
Nalini, an Indian, had accompanied the Sri Lankan woman suicide bomber who blew up Rajiv Gandhi with concealed explosives.Nalini, who was a close friend of an LTTE operative known as Murugan, who too is an accused in the case, later gave birth to a girl in prison.