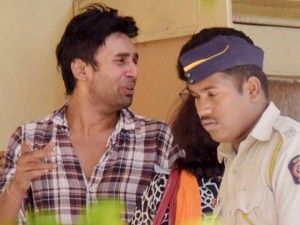 MUMBAI: on Tuesday filed an abetment of suicide and assault case against deceased actress Pratyusha Banerjee’s boyfriend Rahul Singh on statements made by her family and friends .Singh has been booked under Sections 306 and 504 of the Indian Penal Code.
He was earlier quizzed extensively by a team of the Mumbai Police. Singh was later hospitalised after he complained of chest pain and breathlessness.
The 24-year-old former ‘Balika Vadhu’ actress was found dead at her home on April 1 in a suspected case of suicide due to stress in her relationship with boyfriend Rahul Raj Singh.

Rahul’s lawyer has said that he will approach court after going through FIR filed by Pratyusha’s mother who claimed that Rahul used to beat his daughter.  The lawyer also added that Rahul is not in the condition to be interrogated by the police.

Reportedly, Pratyusha and Rahul were in a relationship prior to the TV actress’ suicide on Friday, April 1.