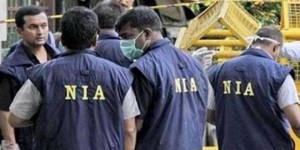 NEW DELHI: The National investigation Agency (NIA) has rubbished Pakistan media claims that India did not cooperate with the Joint Investigation Team (JIT) during its probe into the Pathankot terror attack and failed to produce solid evidence to back its claim.
The NIA, according to sources, stated that India had given enough evidence in the form of intercepts, phone record, DNAs of terrorists, besides other things.The top investigating agency said they have even provided additional information to Pakistan JIT as demanded.
According to News agency ANI sources as saying that the NIA even offered Pakistan’s JIT to show bodies of the dead terrorists but they refused to see them.Pakistan JIT claims Indian authorities had prior information about Pathankot ​attackers​: Report
Rejecting reports circulating in the Pakistan media, the NIA has stated there is an element within Pakistan which wants to create confusion, adding the Indian investigating agency will not fall into such a trap.
“The report in a Pakistan pro-government daily only shows that ISI and Pakistan Army were doing double-speak. India has provided irrefutable evidence to Pakistan Joint Investigation Team (JIT) during their visit here regarding the involvement of Pak-based terrorists,” a government source said.
The news report in daily ‘Pakistan Today’ quoted an unnamed JIT member to say that the attack was nothing but “vicious propaganda” against Pakistan as Indian authorities did not have any evidence to back their claims.
“Within hours of the assault, all the attackers were shot dead by the Indian security forces. However, the Indian authorities made it a three-day drama to get maximum attention from the world community in order to malign Pakistan,” the report added.
Rebutting the report, another government source said the evidence provided to JIT can stand international scrutiny and expressed surprise over media reports emerging that the NIA had not provided enough evidence to the visiting team.

“The JIT was handed over whatever they asked for which included certified copies of statements of witnesses, DNA reports of four terrorists, memos of articles seized from them,” the source said.Pakistan had made a request under section 188 of Criminal procedure Code of Pakistan for collecting the evidence from the NIA.
The call data records of the two phones snatched from Superintendent of Police Salwinder Singh and his jeweller friend Rajesh Verma which were used by the terrorists to call a number in Pakistan were also shared with the JIT, the source said.
India also shared the conversation recorded between Nasir Hussain, one of the four terrorist who carried out the attack on IAF base during the intervening night of January one and two, with his mother Khayyam Babber.