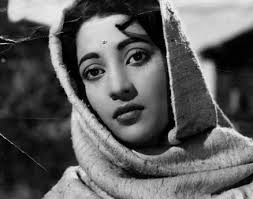 NEW DELHI :Prime Minister Manmohan Singh Friday condoled the death of noted actress Suchitra Sen, who he said had “carved a special niche” in the hearts of millions of Indians with her “graceful cinematic” performances.
“Ms. Sen had carved a special niche in the hearts of millions of Indians through her graceful cinematic presence. Ms. Sen’s versatility and range of performances, in a career spanning nearly three decades, mark a unique contribution to Indian cinema, and to Bengali films in particular,” Manmohan Singh said in a statement.
He lauded the fact that she was one of the first Indian artists to win an international award at Moscow in 1963.
The actress, who breathed her last at a Kolkata nursing home following a heart attack Friday morning, had clinched the best actress award for the film “Saat Paake Bandha” at the Moscow Film Festival in 1963.
She ruled Bengali cinema for decades, but she led the life of a recluse since she quit acting over three decades ago. During her illustrious career, the 82-year-old delivered power-packed performances in acclaimed Bengali films such as “Deep Jwele Jaai” and “Uttar Falguni” as well as in Hindi movies like “Devdas”, “Bombai Ka Babu”, “Mamta” and “Aandhi”.
A widow, Suchitra leaves behind her daughter Moon Moon Sen and granddaughters Riya and Raima. All three of them have stepped into showbiz.