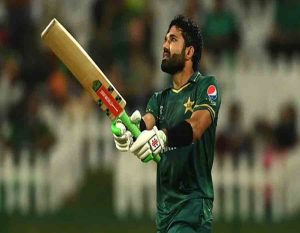 EW DELHI: Pakistan had a forgetful start to their 2022 Asia Cup T20 campaign as they suffered a five-wicket defeat against arch-rivals India in a Group A match which was played in Dubai on August 28. However, Babar Azam and Co. responded well by defeating Hong Kong by 155 runs in their second match to secure their place in the Super 4s. And on Sunday (September 4), in their first Super 4 match, they got revenge against India as well. They won the contest by 5 wickets to take a giant step towards qualifying for the final.
The Men in Green chased down the total of 182 runs with a ball to spare for the loss of five wickets in Dubai. For the two-time former champions, wicketkeeper-batter Mohammad Rizwan was again the hero as he led the chase by making 71 runs from 51 balls. He scored 6 fours and 2 sixes during his stay at the crease and set the stage for his team to go and get the better of India.

It was his second consecutive fifty in the Asia Cup and the third straight match in which he top-scored for Pakistan. He started the tournament with 43 from 42 balls against India and then remained unbeaten on 78 from 57 balls against Hong Kong. With his 71 on Sunday (September), he has now also reached the number one position among batters with the most runs in the Asia Cup tournament this year.
‘I have said this multiple times…’: Shoaib Akhtar slams Pakistan for making poor selection calls50.77: Virat Kohli overtakes Pakistan’s Mohammad Rizwan to become batter with highestaverage in T20I cricket After guiding his team to an epic win over India, the 30-year-old batter said the success over the Rohit Sharma-led side was as valuable as the final.”The whole world is watching this match. This game is as valuable as a final. Every player will try to go and give his 100%,” Rizwan said in the post-match presentation ceremony.
“The plan, as always, was to score against the new ball with one of us (himself and Babar Azam) batting long. I tried to stay till the end.””We know our strengths. We have depth in our batting. We have power-hitters who are capable of hitting around 45 runs off the last four overs. So we didn’t panic,” Rizwan added.Rizwan has played a total of three T20I matches against India so far and, with the help of two fifties, has scored 193 runs.
(Times Now)