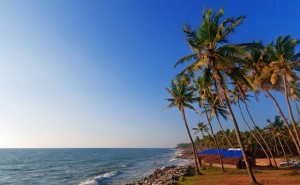 NEW DELHI: Kerala’s go-dry policy has been approved by the Supreme Court this morning. The government of Oommen Chandy introduced a policy last year to become alcohol-free within 10 years.
Here is your 10-point cheat-sheet to this story:
Only 27 bars at five-star hotels can sell alcohol across the state which has the highest per-capita consumption of liquor.
700 bars have been shut down since the state government introduced its new guidelines last year.
Bar-owners had argued that this partial ban which exempts five-star hotels is discriminatory. They were represented in court today by Attorney General Mukul Rohatgi who said the state’s policy means “only the well-heeled have access to alcohol.”
Celebrating the top court’s decision, Kerala’s Excise Minister K Babu said: “Now on, we will go ahead with our anti-liquor campaign programmes very strongly. We want this habit to be removed from our society.”
Government-run liquor shops are to be phased out at a rate of 10 per cent a year over the next decade.
In March this year, the decision was given a thumbs up by the High Court, which said “Tourism cannot be the only motive of any policy. Welfare and health of people is equally important.”
The Supreme Court today said that “The consumption of tobacco as well as liquor is now undeniably deleterious to the health of humankind. ..banning public consumption of alcohol, therefore, in our considered opinion, cannot but be seen as a positive step… ”
The top court also pointed out, “History has painstakingly made it abundantly clear that prohibition has not succeeded. Therefore strict state regulation is imperative.”
Kerala earns about 3.8 billion dollars a year from tourism, which is likely to be hit by the liquor ban. The state government has hiked excise duty on beer to five per cent and that on liquor to eight per cent to offset revenue losses.
Toddy, made from fermented palm-tree sap, is exempt from the ban and the drink has long been part of Kerala’s culture.