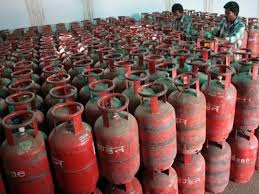 NEW DELHI: Cooking gas consumers with taxable income of more than Rs.10 lakh per annum under Income Tax Act will no longer get benefit of the subsidy on LPG cylinders. This will be applicable from the upcoming New Year.
The benefit of LPG subsidy will not be available if the consumer or his/her spouse had taxable income of more than Rs 10 lakh during the previous financial year (2014-15). “This is as per policy of present government that subsidy shall only be given to poor people who need it the most,” Oil Minister Dharmendra Pradhan tweeted.
According to estimates, In FY15, 20 lakh assesses reported taxable income of more than Rs 10 lakh.
Initially, it will be done on “self-declaration” basis by the consumer while booking cylinders from January 2016.The move could save government nearly Rs 400 crore a year. The subsidy payout on LPG in 2014-15 was Rs 40,551 crore. But it will be significantly lower this fiscal, as global oil prices have slumped to nearly 11-year low. During the first six months of this fiscal (April-September), the subsidy outgo was Rs 8,814 crore.
At present, all households are entitled to 12 cylinders of 14.2-kg each at subsidised rate of Rs 419.26. Due to a slump in global energy prices, the price difference between subsidised and non-subsidised LPG cylinders has narrowed down significantly in the past one year. Currently, the market price of a cylinder is Rs 608.
At present, there are 16.35 crore LPG consumers in the country and the subsidy is being transferred directly to the bank accounts of 14.78 crore LPG consumers. So far, 57.50 lakh LPG consumers have opted out of LPG subsidy voluntarily.
To cut subsidy bill and reduce fiscal deficit, the previous regime at the Centre led by the Congress party had restricted the number of subsidised domestic cylinders per household to six every year in September 2012, before raising the cap subsequently to 12.