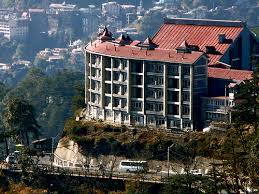 SHIMLA:m The salary of Himachal Pradesh legislators saw a hefty rise with the Legislative Assembly passing bills for hike of pay and perks of the lawmakers, Chief Minister, Ministers, Speaker and Deputy Speaker and Parliamentary Secretaries.

Justifying the bumper 100% pay hike for Himachal Pradesh legislators, state Chief Minister Virbhadra Singh said that the hike was ‘required’ as it was part of essential expenditure, adding that the increase in perks would help them to deal with the increasing inflation.
“It’s after a long time in Himachal Pradesh that the legislators have received a hike in salary. This is part of essential expenditure and it was required,” Singh told the media here.

The Chief Minister said that in states like Himachal Pradesh it was the need for legislators as for employees the 7th pay commission is on cards and that after 25 sittings the assembly session has been concluded today.