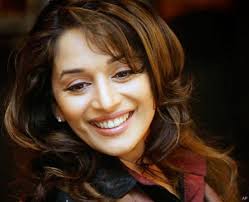 Mumbai : Bollywood actress Madhuri Dixit, who will be next seen in Vishal Bharadwaj’s Dedh Ishqiya feels her work commitments can always wait as family is her priority After marriage to Dr Shriram Nene in 1999, the superstar relocated to the US. In 2011, she shifted her base back to Mumbai along with her family.
“I love always being here. I have grown up here in Mumbai so for me it is like coming back home. It was different phase in my life, where I wanted to have a home, family, husband and children, everything that I had dreamt of,” Madhuri said in an interview here.
“Family is important to me, my priority is that. If I have some event to attend in my children’s school then I go there first and accordingly plan things for the day. It is about time management and I think every working woman goes through that it is not just me. You have to plan things keeping family in mind,” she said.Both her children and husband love being in India and are quite happy shifting here.
“My kids love the informality that you have here, that friends can drop in here and they can also go to their place. The only thing they miss is space, that is parks. In Denver there were parks at every corner,” Madhuri said.

On marrying a non celebrity, the 46-year-old actress says, “When I met Mr Nene I did not think who he was whether a celebrity or doctor. I liked him as a person. We got along well and that was important. There was no set rule that this is what I am going to do.”Both her sons – Arin and Raayan – were unaware about Madhuri the actress and her stardom, till the family came to India and they saw their mother on screen.
“I like the touch of innocence that they have. At first they used to come running saying mom you are on TV and now they take it casually. They are untouched about these things,” Madhuri said. The diva will be seen next in Dedh Ishqiya and her husband has liked the promos and songs of the film. “He liked the promos of the film. He loved the song, Aatariya. He is proud of me,” she said.
In the sequel, Madhuri is seen opposite Nasseruddin Shah and her husband quite loved their chemistry. “He found the chemistry between us good… he thought I did a good job. When you are working with an actor like him (Nasseruddin Shah) you have to create chemistry on screen,” Madhuri said.”Most of the chemistry comes from writing, the way the scenes are written. If badly written then there will be no chemistry. And to bring that on screen properly is the scale of an actor,” she said.
Ishqiya was a bold film in a way, considering Madhuri has a family now, she will ensure that there is discretion for her kids.”If there is a scene in the film that I think my kids should not watch, then I won’t take them for the film. I would like to do roles that they will be proud of,” she added.