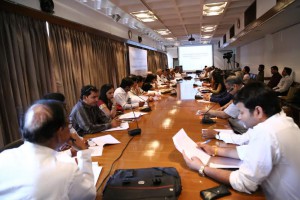 NEW DELHI: Eighty delegates including prominent political personalities, journalists and activists gathered in New Delhi last week to voice their concern over increasing unemployment in the country.
The seminar organised by Indian Centre for Governance Studies (ICGS) on April 16, 2016 at India International Centre called for dignified occupation and constructive channels for what the speakers called frustrated, alienated and idle youth.
“A large army of frustrated, alienated and idle youth, if not given dignified occupation and constructive channels, may wreck our political fabric and social harmony. Demographic dividend, if not given a practical form, will turn into a demographic nightmare” a press statement by ICGS said.
The delegates from 12states participated in the seminar on “Rising Unemployment in India: Implications for Society and Democracy”. The seminar was chaired by Dr. Shambhu Sharan Shrivastava Chairman, ICGS and co-chaired by Shri Radha Binod Koijam, former Chief Minister of Manipur and Shri Parvin Singh Jadeja, former Minister of Gujarat.
Introducing the topic, Dr. Shrivastava outlined the urgency of tackling the menace of unemployment by pointing out that most of the foot soldiers of left wing or rightwing extremism, separatism and mafia, groups, come from the ranks of the unemployed.
The target of providing ten million jobs every year for next 10 years should be contrasted with Labour Bureau report of Govt. of India which has shown that jobs have actually gone down in two quarters of 2015 including the period Oct. – Dec. 2015.‘This is a recipe for disaster”, he said. 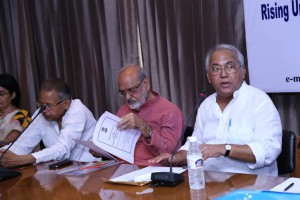 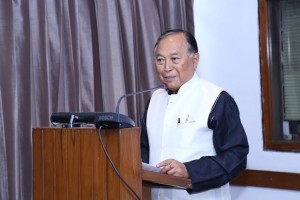