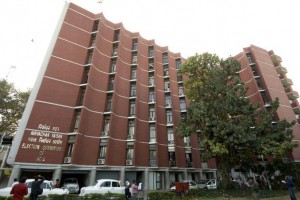 KOLKATA: In West Bengal, Election Commission has removed six more IPS officials following complaints from opposition parties. With this the EC has so far removed 44 state government officials in the poll-bound state.
Home department officials said in Kolkata today that some of them were given new assignments. The EC had earlier shifted 38 officials including aDistrict Magistrate, four SPs and an OSD in Left Wing Extremism area.
Meanwhile, the notification for the Assembly elections to 56 constituencies in West Bengal under the 2nd phase of voting will be issued today. Beginning today, the filing of nomination papers for these seats will continue till 29th March and the scrutiny will be done on the 30th, the next day. Candidates will be allowed to withdraw nominations till 1st April. The votes will be cast on 17th April.
All the Assembly seats fall under seven north and central districts on West Bengal including Darjeeling, Jalpaiguri, Alipurduar, Uttar Dinajpur, Dakshin Dinajpur, Malda and Birbhum. The elections to all the 294 seats of West Bengal Assembly will be conducted in six phases, spread across seven polling days from 4th April to 5th May. The counting of all the constituencies will be held on 19th May.

In a related development, the Election Commission, has made it clear to the state Police administration in Kolkata that central forces already sent to West Bengal will have to be positioned in particular areas of voting-duty two days prior to the voting -day and their deployment will have to be displayed on EC site along with photographs. Unlike in the past, the sector commander of the Central security forces will be in-charge of the area of deployment and the polling stations.
EC will accord priority to reports filed by the sector commander. CEC, Dr. Nasim Zaidi will hold a video conference with state Chief Secretary and Home Secretary on all these details on 28th of this month.