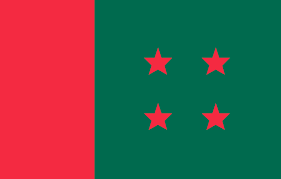 DHAKA/KOLKATA: Crisis within Awami League set to spread political instability in Bangladesh. Even political allies of Awami League (AL) fear that this crisis likely to advance the date of general elections from 2019. “If they carry on like, they are doing, who will wait till 2019?’’ Quipped an ally of AL.
The crisis is self-created by top party leaders and they are ignoring the fallout of this phenomenon, say most of the AL allies.

According to AL sources, the middle-level leaders feel that leaders have become so arrogant that they have “virtually created a disconnect with party workers and people (voters).’’ They point out two months back an AL MP tortured people in village and after much armtwisting administration police could finally arrest him.

The local people he tortured may not have either excluded AL worker or people who were voters. “And what do you think would be fallout of such incident?’’ Asked a middle-level AL party worker.
What stuns us most that AL leader and “Prime Minister Begam Hassina is equally indifferent to the growing disconnect between party workers and leaders,’’ sources said.

AL sources confirms that the attitude of leadership would not widen the disconnect, but would form as major and spreading dissension within the party which “may force it to go for election earlier than 2019. We cannot blame our allies for fear the inevitable,’’ said an important party sources.

Set aside this crisis, another major threat has been no economic development. Though a great city that Dhaka was, now gradually getting covered up by sky-rise damaging the environment and Government is again indifferent.

The young people who need jobs will have to go abroad looking out for jobs. Interestingly, while AL ignored investments in almost all sectors, it could not create knowledge economy by improving educational standard which would have attracted foreign investments. There’s no Government initiative to initiate economic development in the country. “Can you fool even educated youngsters who are also voters? Asked AL sources, adding, “only sky-rise wouldn’t take the country forward.’’

Another major failure of AL has been to jam up the Jammat fund by their Islamic Bank. With the help of this banks Jammat could bring millions of money and stash in encouraging Jammat activities which are aimed at AL allies also.
“By failing to nationalize Islamic Bank, they have left route for bad fund flowing in constantly,’’ said an ally.
Moving along a major street in Dhaka along, leader of an ally said: these symptoms – ignored wide spread dissension within party, bad economic performance and indirectly leaving routes open for Jammat getting tainted foreign funds – would add to the political stability for Bangladesh?