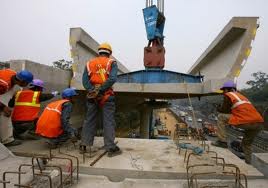 NEW DELHI : The United Kingdom’s Serious Fraud Office (SFO) has sent a letter to the CBI seeking details about a Mumbai-based Indian. The required information is in connection with the SFO’s corruption probe against a French multinational transport conglomerate that had bagged a Delhi Metro project.
In its investigation of the firm, the SFO allegedly uncovered details that indicated it had paid bribes worth £3 million (about Rs. 31 crore) to ensure the Delhi Metro contract was clinched in its favour. A CBI source said the Mumbai individual could be linked to suspected payment of bribes.  CBI director Ranjit Sinha confirmed receipt of the letter: “We have received a letter from SFO, UK. We are looking into the allegations,” he said.
However, CBI spokesperson Kanchan Prasad said: “The letter makes no mention of any probe related to any Delhi metro project. The Serious Fraud Office has asked about an Indian’s background and we will provide the details to them soon.” The agency is likely to send the information to SFO by Wednesday about the Mumbai-based individual, “who is neither a politician nor a bureaucrat,” said the source, who added that the agency had received the request “over a month ago”. The French firm is also under the scanner in Switzerland, “though we have not got any request from them yet,” the source said.
Apart from the SFO’s letter, the CBI received the same request from the Central Vigilance Commission too, the source added. When contacted by HT, an SFO spokesperson said: “Thanks for running this past us.  We decline to comment as our investigation is ongoing.”