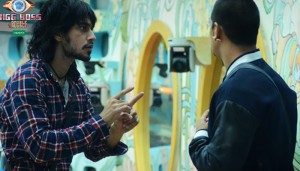 MUMBAI: Housemates woke up to the song ”Aa gum hojaye”. Followed by the thrilling Murder Mystery task which was introduced in the previous episode. where Rishabh and Priya were assigned the roles of Detectives while Prince was the serial killer and the  rest of the housemates were his targets.
Serial killer Prince successfully did four murders as he failed to kill the fifth one to get the special power of nominating any one murdered contestant for the rest of the season.
Later, Bigg Boss introduced judgement day where a court hearing was setup in the garden area. Also, a popular TV reporter ‘Prateek Trivedi’ was called in the house to solve the murder mystery.

Detectives Priya and Rishabh were asked who they doubt was the murderer. Priya doubted Rishabh while Rishabh doubted Prince. As Rishabh‘s doubt proved to be true by the reporter, Rishabh got nominated for the next captaincy task.
As Prince failed to complete the task to kill 5 people. However, he successfully murdered 4 people, so he’ll compete against Rishabh Sinha for the captaincy task.