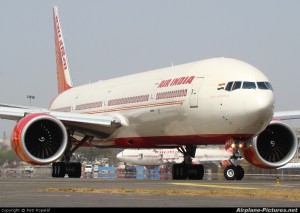 MUMBAI: In a freak accident, an aircraft technician died after being sucked into the engine of an Air India aircraft during push back at the Mumbai airport on Wednesday evening. The incident reportedly happened at 8:40 pm.
The mishap occurred when the co-pilot of Mumbai-Hyderabad flight 619 mistook a signal for starting the engine and the victim, Ravi Subramanian, who was standing close, got sucked into it at bay 28 of the Chhatrapati Shivaji domestic airport

Reacting to the incident DGCA said, “It is an accident. Aircraft Accident Investigation Bureau have been informed for further action,” as per ANI.On the other hand, Air India Chairman Ashwani Lohani said the incident is being investigated.

“We are deeply saddened and regret the tragic incident at Mumbai airport this evening when an Air India technician died in a mishap during pushback of flight AI 619. The incident is being investigated. Our heartfelt condolences to the bereaved family,” Lohani said.

The official Twitter page of Air India tweeted the following:”During the pushback, the co-pilot mistook a signal for engine start. As he switched on the engine, it sucked in the technician standing nearby,” Air India sources said, as per