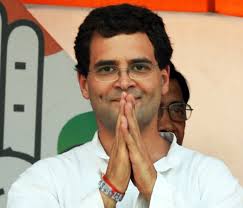 NEW DELHI: Congress leader Rahul Gandhi has taken a few weeks off to “reflect upon recent events and the future course of the party,” leaders said today as his absence at the start of the budget session set off speculation about differences within.
Mr Gandhi, 44, wants time to think, Congress leaders said. He reportedly took a flight to Munich last Tuesday and from there, flew to Greece.Congress sources say Mr Gandhi’s sabbatical follows a clash of views with older leaders after the party’s latest poll setback in Delhi, where it did not win even a single seat earlier this month.

Mr Gandhi, say sources, is unhappy with lobbies around Sonia Gandhi and wants to sack several general secretaries and state party presidents and elevate younger leaders.He will be away for three to four weeks but he is “not quitting politics,” the sources said.
Party president Sonia Gandhi refused to elaborate on her son’s plans. “Whatever we wanted to say has been said. Sonia said  I am not going to add anything to this.
Rahul Gandhi, the party’s number two leader, has led the Congress to a series of poll defeats since it suffered its worst ever rout in a national election last year. He promised a dramatic revival after that defeat but very little has changed.
Reports suggest he could be elevated to a bigger role in an upcoming conclave of the All India Congress Committee in April. Sources say he wanted to become party president right after the national poll debacle.
Mr Gandhi has been blamed by many for the party’s downslide and is often seen by his critics as a reluctant and detached leader.
His absence is conspicuous at a time the Congress is prepping to fight the government’s efforts to ease land acquisition laws, the centre-piece of its economic reforms, during the budget session.

“It is the NDA government’s first budget and he is holidaying. There will be questions about his interest in politics and the country’s affairs,” said union minister and BJP leader Rajiv Pratap Rudy.