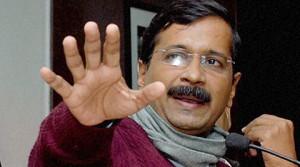 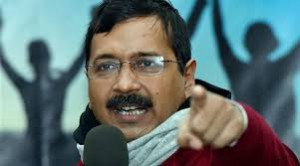 NEW DELHI: The Aam Aadmi Party will win the Punjab elections, Delhi Chief Minister Arvind Kejriwal said, adding that BJP leader and former cricketer Navjot Singh Sidhu is welcome to join the party if he wants to. Assembly elections are due in early 2017.

“I won’t be surprised if Delhi results are repeated in Punjab,” Mr Kejriwal said, responding to a question at the Hindustan Times Leadership Summit today. The AAP won a record-breaking majority in elections this year, winning 67 of the 70 Assembly seats.

Mr Kejriwal, the convener of the three-year-old party, said that the former BJP lawmaker from Punjab Navjot Singh Sidhu, is welcome to join the AAP. Mr Sidhu’s relations with the BJP have been strained of late. He was denied a party ticket from his old constituency of Amritsar in 2014.
Reports have suggested the Aam Aadmi Party has been trying to reach out to Mr Sidhu to head the party’s campaign. Mr Kejriwal however denied that there have been talks. “If Navjot Sidhu comes to the party he will be welcomed but there have no talks yet,” Mr Kejriwal said.
Mr Kejriwal also rubbished reports that he would hand over the reins of the Delhi government to his deputy Manish Sisodia and take over the party’s leadership in Punjab saying that he was completely focused on Delhi.
“I’m only working for Delhi. I’ve only left Delhi only twice since I came to power,” he said.