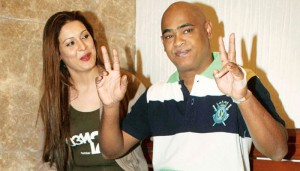 NEW DELHI: Former Indian cricketer Vinod Kambli is in news for the wrong reasons once again.  This time an FIR has been filed at the Bandra police station against Kambli and his wife Andrea after a complaint was filed by his maid Soni for illegal confinement and denying money against them.
The 43-year-old allegedly confined Soni in a room for three days after she demanded her rightful wages.The maid has also accused Kambli and his wife of harassing and abusing her.
“I worked very hard, worked for 2 yrs with them. They treated me very badly. I begged them to let me go home but they confiscated my phone and documents,” she was quoted as saying by News Agency ANI.
After she was let out by the duo, Soni headed to the police station to register the complaint.The case has been registered under IPC 342, 504, 506 and 34.PC 342, 504, 506 and 34.
Kambli has not yet been called by the police for questioning.