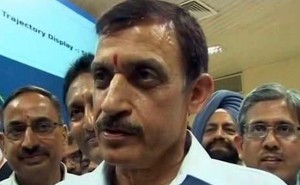 NEW DELHI : The government on Tuesday abruptly removed the chief of India’s top defence research organization, Avinash Chander, 15 months before his contract was to end.
A cabinet panel on appointments headed by Prime Minister Narendra Modi approved the termination of Mr Chander’s contract as chairman of the Defence Research and Development Organisation or DRDO.
No official reason has been given for the sacking of one of the country’s finest missile scientists, often known as the “Agni man” for leading the long-range Agni series missile programme.Mr Chander is likely to be replaced by Sekhar Basu, the Director of the Bhabha Atomic Research Centre.
His unceremonious exit has stunned scientists, but sources in the government claim it was not entirely unexpected after PM Modi’s criticism of what he called the “chalta hai (laid back)” attitude at a DRDO function in August.
“It is not that India lacks the talent pool but I think there is this ‘chalta hai’ attitude,” the Prime Minister had said, adding that the DRDO has to “decide whether it has to respond to the situation” and set the agenda for the world.
Many of DRDO’s projects such as the Light Combat Aircraft Tejas, Nag missile, long-range surface-to-air missile project and the Airborne Early Warning and Control System projects have been delayed by many years and seen several cost overruns.
Mr Chander was seen as the backbone of India’s long-range missiles and many believe he has been instrumental in India becoming a missile power against all odds, when it was denied technology and had to face sanctions after its 1998 nuclear test.
Sources say the government wants a younger person to head the DRDO and give it a more dynamic face. Mr Chander in November turned 64, which is the age at which DRDO chiefs retire. His term had been extended till May, 2016.
Dr Basu, who is tipped to take over from him, was instrumental in designing the prototype nuclear reactor for India’s nuclear submarine, INS Arihant, which went on sea trials recently.