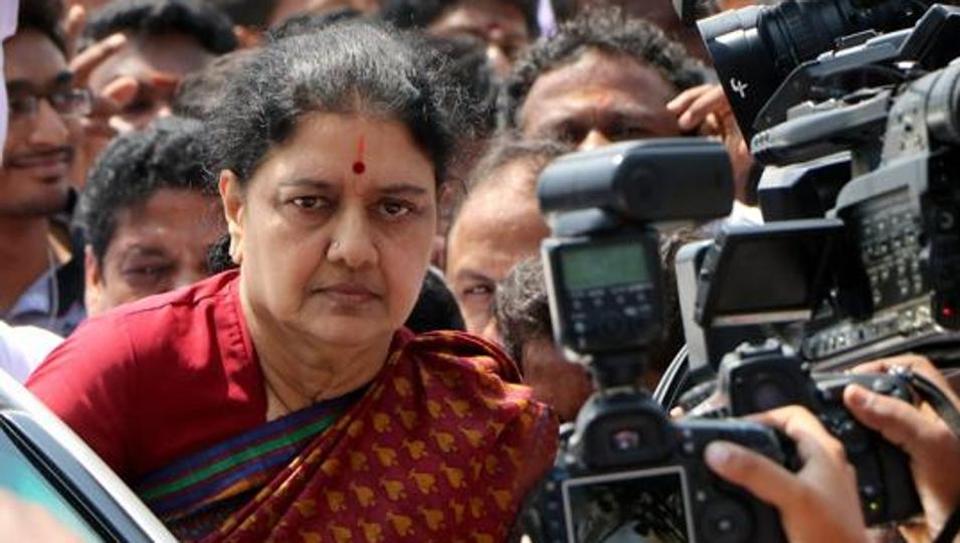 CHENNAI : Amid the rebellion by 23 MLAs loyal to sidelined deputy general secretary TTV Dinakaran, the ruling AIADMK in Tamil Nadu on Monday decided to convene a meeting of its general council on September 12 during which they are likely to oust jailed party general secretary V K Sasikala from the post.
As per party laws, fifteen days notice has to be given to general council members for the meeting. Individual invitations will be sent to some 1,400 general council members.The party also declared as invalid the appointment of Dinakaran as its deputy chief, consequently nullified all his decisions and appointments.
Observers feel that Dinarkaran’s rebellion may have forced the party to delay Sasikala’s expulsion.According to unconfirmed reports, apart from the rebels, many MLAs were also missing from the meeting which may have unnerved the reunified factions led by chief minister E Palanisami, party co-convener, and his deputy O Panneerselvam, party convener.
“This is perhaps an indication that the EPS-OPS combine is not sure of itself as the Dinakaran camp is slowly gaining in strength,” said political analyst Prof Ramu Manivannan.AIADMK sources maintained that though none of the four resolutions adopted at Monday’s meeting mentioned Sasikala’s removal, the fact that general council meeting is being convened was indication that her days are numbered.

Either that or they will hope that the election commission takes a decision on the case filed by Panneerselvam faction seeking annulment of Sasikala’s appointment, Prof Manivannan said.A senior AIADMK leader told reporters that “she will certainly be ousted”. In one of the resolutions, the AIADMK maintained that the appointment of Sasikala was a temporary arrangement.

Palanisami and Panneerselvam are scheduled to visit Delhi on Tuesday and are expected to call on the election commission officials, sources said, adding that “the commission would be formally informed of the merger of the two factions”.“So far the election commission has not acknowledged the appointment of Sasikala as general secretary and hence the appointment of Dinakaran as deputy general secretary is also not valid,” one of the resolutions said.

All the executive members appointed by Jayalalithaa as general secretary of the party continue to be members of the executive committee, the resolution maintained.
Meanwhile, The Dinakaran camp was quick to dismiss the AIADMK resolution. Nanjil Sampath, a supporter of Dinakaran described the resolutions as jokes. “We have 25 MLAs with us here and more are in touch with us. This government has lost its strength and EPS is not the chief minister, the real chief minster is RSS ideologue S Gurumurthy,” Sampath claimed.

He even dared the chief minister to try and enter the premises of Namadhu MGR and Jaya TV. “Let him try and do it, we will show,” Sampath warned, adding that these two are private properties and no one can just take them over. Another rebel MLA, Thanga Tamilselvan also rubbished the resolutions. “We have general secretary and deputy general secretary with us, who have the power to convene such meetings. The meeting itself is not valid.”

“Why were we not invited for the meeting?” Tamilsevan questioned. “These resolutions would not have been passed if we were invited. Which is why they conducted the meeting without inviting us. This meeting is not valid at all,” he told reporters at Puducherry where 23 rebel MLAs are holed up in a resort.
Dinakaran continued his sacking spree and removed another minister from party post on Monday. On Sunday, Dinakaran removed chief minister Palaniswami as the party’s Salem suburban district secretary. Before that Dinakaran sacked several party officials including former minister S Gokula Indira, chief whip S Rajendran, Rajya Sabha member R Vaithialingam.