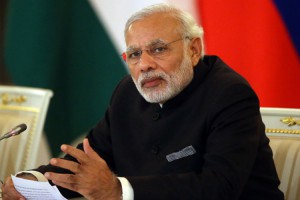 NEW DELHI: Prime Minister Narendra Modi has been invited to address a joint meeting of the US Congress in Washington in June during his visit to the United States.
Speaker of the US House of Representatives, Paul Ryan told reporters during his weekly press conference that they look forward to welcoming Mr Modi to the US Capitol on the 8th of June. Mr Ryan said, the friendship between the United States and India is a pillar of stability in an important region of the world.
He said, the address by Mr Modi presents a special opportunity to hear from the elected leader of the world’s most populous democracy on how the two nations can work together to promote their shared values and to increase prosperity.
Top American lawmakers have welcomed Mr Ryan’s decision. Ed Royce, Chairman of the House Foreign Affairs Committee said, the address will serve as a sign of the deep and important relationship between the two countries.
Mr Modi, who was invited by President Barack Obama for a bilateral visit when he was in Washington for the nuclear summit, will be the fifth Indian Prime Minister to address a joint meeting of Congress, and the first since 2005.
The White House has said, it is in close touch with a range of Indian officials to discuss a potential visit by Mr Modi to Washington.Tulsi Gabbard, the first-ever Hindu lawmaker elected to the US Congress, said as the world’s oldest and largest democracies, the US and India have many shared values and objectives.
Earlier this month, Ms Gabbard, a member of the House Foreign Affairs Subcommittee on Asia and Pacific, wrote to Ryan encouraging him to invite Prime Minister Modi.