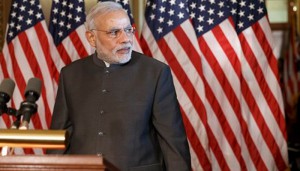 NEW DELHI : All PIO (Person of Indian Origin) cards are now valid for the lifetime of the cardholder, instead of 15 years, as promised by Prime Minister Narendra Modi during his address at the Madison Square Garden in New York City on September 28, 2014.
The Gazette notification issued on September 30 fulfils the Prime Minister’s announcement that PIO cardholders would enjoy a lifelong visa to India.Sharing the information, the PM, on microblogging website Twitter, said the efforts will “further strengthen our bond with the Indian Diaspora and give an impetus to our development journey”.
Further, following the Prime Minister’s announcement that PIO cardholders would be exempt from police reporting, the Ministry of Home Affairs has issued instructions through the same Gazette notification that PIO cardholders would not be required to report to a police station even if their visit to India exceeds 180 days.

Fulfilling yet another announcement made by the Prime Minister, instructions have been issued to Embassies and Consulates that unless there are exceptional circumstances, visas to US nationals should normally be given for 10 years.
Systems are in place to introduce visa on arrival for US tourists in October itself.
The Ministry of Home Affairs is working on a new scheme that will merge the PIO and Overseas Citizenship of India (OCI) schemes.