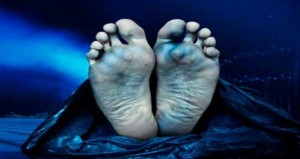 NEW DELHI : A 20-year-old Manipuri woman was found dead under mysterious circumstances in her rented accommodation here on Thursday, police said.
Aben Sofia was found dead by her room partner around 11.30 a.m. when she tried to wake her up. Sofia, who came to Delhi a week ago, had rented a room at Munirka in south Delhi. ”We received a call from the room partner of the deceased that her roommate was found dead on her bed,” Additional Deputy Commissioner of Police P.S. Kushwaha told reporter.
“It seems to be a case of either suicide or food poisoning,” he said. No suicide note was found on the spot. The body has been sent for post-mortem examination and the room partner is being questioned, he added.