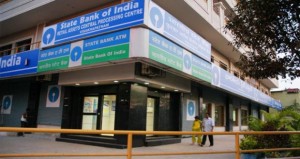 NEW DELHI : For the first time in over two centuries of its history, the nation’s largest lender State Bank of India, which had reported 5.73 per cent of its assets as bad loans in the December quarter, is going all out to stem the rot by offloading around Rs. 5,000 crore of its Rs. 67,799 crore dud assets to ARCs before the end of the month.
The move comes ahead of the tighter provisioning norms kicking in from next April, which the Central Bank had in May last year announced when it had more than doubled the provisioning for restructured loans to 5 from 2 per cent.“There are 14 ARCs functioning today, and we have invited many of them to pick up our stressed loans of around Rs. 5,000 crore. We will definitely be offloading at least a large portion of this to the highest bidders. The process should be concluded before the end of the month,” a senior SBI official told news agency on Monday.
Earlier this month, chairperson Arundhati Bhattacharya had said in Kolkata that “the bank was considering a proposal to sell NPAs in the current quarter. This would be for the first time we would be selling NPAs to asset reconstruction companies or ARCs.” But she did not specify how much the bank was planning to offload.
Normally ARCs pay 5-10 per cent of the total bad loans being bought in cash and the rest could be security receipts (SRs), the SBI official cited earlier said, adding the bank is confident of selling a good portion of the dud loans earmarked for offloading.
In the quarter to December alone, the lender had added as much as Rs. 11,400 crore in fresh bad loans or 5.73 per cent, taking its overall NPA mount to a whopping Rs. 67,799 crore. This pulled down its net profit by a whopping 34 per cent to Rs. 2,234 crore, as the bank was forced to make Rs. 3,428.6 crore towards loan provisions up from Rs. 2,766 crore a year ago.
The bank added Rs. 11,400 crore in fresh slippages, including Rs. 9,500 crore from SMEs and mid-corporates and added Rs. 6,165 crore into the restructured loan book during the quarter, while a cleaning up of balance sheet resulted in a write-off of around Rs. 5,000 crore in Q3.The bank is also expecting at least Rs. 9,500 crore of loans being restructured in the fourth quarter.
As of the December quarter, as much as Rs. 67,799 crore of its Rs. 11,83,723 crore assets or advances classified as NPAs. While its net NPAs stood at Rs. 37,167 crore or 3.24 per cent in Q3 and Rs. 32,151 crore or 2.91 per cent in the previous quarter when its total net NPA was at Rs. 11,39,326 crore.Media reports said banks, mostly State-run ones, are scurrying to sell close to Rs. 43,000 crore to ARCs by the end of the month as the total bad assets in the system rose to 4.1 per cent of the total advances. This is almost four times the amount that was put up for auctions in the past quarter.
The urgency comes as the Central Bank under the new Governor Raghuram Rajan has been encouraging lenders to clean up their books.In his inaugural address on September 4 last, Mr. Rajan had famously said that promoters of failed companies have no divine right to remain in control of such companies.The rush to offload bad loans is also to guard them against higher loan loss provisions that kick in from next March, by when all restructured loans would be classified as non-performing accounts attracting higher provisions.
On May 30 last year, the RBI had tightened the norms for loan restructuring norms by raising provisions to 5 per cent in line with the global practices, in a gradual manner.As per the RBI notification, provisioning on the newly restructured account was raised to 5 per cent from June 1, 2013 from 2 per cent. However, for the old CRD accounts it would be done in a phased manner till April 2015.
What was more important was that the RBI had said the existing “regulatory forbearance” would no longer be available from April 1, 2015, therefore the urgency of banks to offload bad loans now.As per existing guidelines, an account after restructuring is not classified as an NPA. However, as per the new norms, restructured account would also be treated as an NPA.
The RBI had also said promoters of companies seeking CDR should bring in at least 20 per cent of banks’ sacrifice or 2 per cent of the restructured debt as fresh equity.